Around The World In 80 Swims (Part Three)

We're back! A New Year heralds Part Three of our global feature series, bringing you mythic tales and water-loving stories from our favourite open water swimmers around the world. Keep an eye out for all our latest entries - released on our blog every Thursday! And expect another fantastic selection of stunning swim locations around the world, as well as many life-changing feats accomplished in the waters of our blue planet... 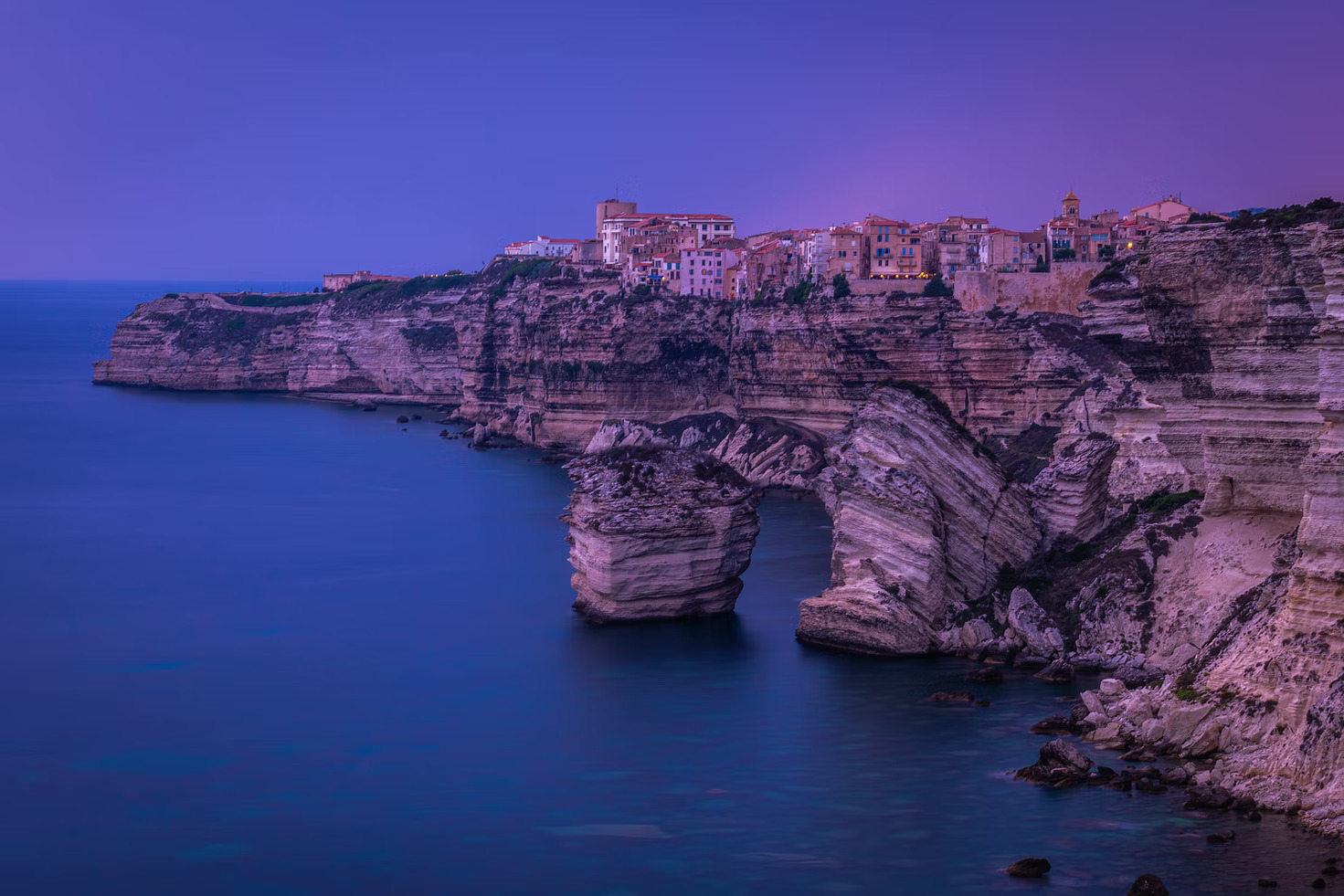 "Dividing the French Island of Corsica and the Italian Island of Sardinia is the Strait of Bonifacio, a 12km wide stretch of water that has a fearsome reputation among sailors the world over. Due to the mountainous nature of both islands and the prevailing westerly wind direction the islands can literally funnel the wind through the strait to generate powerful gales."

"One such storm led to the notorious sinking of the French frigate Semillante, which sank with nearly 700 hands when it was on its way to the Crimea but hit the Lavessi Islands in the north eastern part of the strait in 1855. More recently, the breaking up of the tanker, MV Erika, in a heavy storm caused an environmental disaster in 1999, the ramifications of which are still being felt locally to this day."

"Due to its powerful winds the strait isn’t the easiest place for swimming, which (to me) makes the crossing all the more attractive. There’s also the pull of crossing between two of Europe’s major countries. When considering a swim, I always like to look at historical precedent and what, if anything, has been achieved before. However in this case historical records are hard to come by on either side of the strait and no official annals seems to have been kept for successful crossings. Locals in Northern Sardinia refer to the Clacci brothers (Ruggero & Paolo) from Rome as being the first swimmers known (from the Italian side at least) to successfully complete the crossing in 1958 when they landed in Sardinia with Ruggero finishing just three seconds ahead of his brother."

"Locals in Northern Sardinia refer to the Clacci brothers (Ruggero & Paolo) from Rome as being the first swimmers known (from the Italian side at least)..." 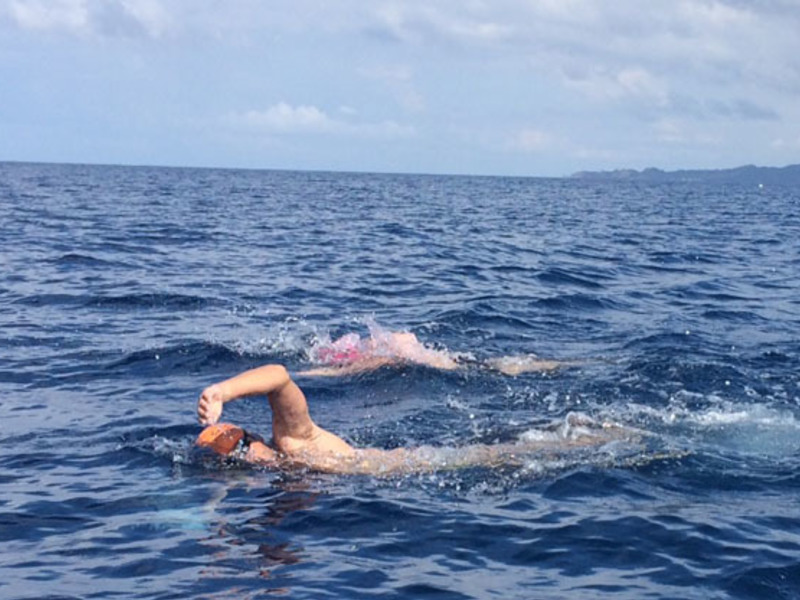 "This swim is certainly less established than many other European strait crossings such as the English Channel, Gibraltar, Messina and Hellespont, with no real organisation or established pilots on either side for swimmers to turn to."

"This swim has been on my own radar for the last three years yet has proved elusive because of the weather and problems in gaining the right permissions from both the French and Italian authorities to undertake the swim."

"I made my latest attempt in June this year with my swimming mate Tom Hudson from the South London Swimming Club and ably crewed by Richard Tricker of the same club. The swim was organised by Tommaso Muntoni, the owner of a local Sardinian dive company. Diving Mediterraneo, based in the port town of Santa Teresa Gallura, who is relatively new to this game of escorting swimmers (Channel Swimming & Piloting Federation president Nick Adams and friends had swum with him a year earlier)."

"Sea conditions were ideal as we headed out on the half-hour boat ride to the southeast Corsican coast. On arrival we had an impromptu medical before diving in and making our way into the petit beach of Cala di Ciappili, which was to be the start point."

"As you strike out, the Sardinian coast seems far away. The clarity in this part of the Mediterranean is superb and it was possible to see the sea floor up to a kilometre from shore. A later study of a nautical map showed that we were swimming along a narrow corridor where the sea bed was no more than 18m below the surface. The Lavezzi Islands were our constant companions as we swam south. As well as swimming between two islands we were also at the divide of two seas. As we breathed to the right we were looking at the Western Mediterranean Sea and as we breathed to the left our view was of the Tyrrhenian Sea, which separates both of these islands from the Italian mainland."

"The forecast for the whole day was excellent and by the half-way point we had made good progress and thought we were looking at a rather straightforward swim. But then, and seemingly out of nowhere, a strong wind hit and within a few minutes made the swim an altogether tougher prospect. At this stage swimming next to the escort boat became impractical and this we had to navigate ourselves in a choppy sea as well as dealing with a head-on surface current created by the wind that caused us a significant delay in our swim. There were mutterings between us that either a two-hour training swim wasn’t the greatest preparation for what we were undertaking or that maybe both of us were getting far too old for this sort of endeavour."

"This stretch of Sardinian coastline is the world famous Costa Smerelda and we had plenty of time to look at the emerald colour of the water (which was in start contrast to the turquoise blue of the Corsican side) as we slowly inched our way to the coast."

"After 5 hours and 33 minutes we eventually pulled ourselves out onto a Sardinian rock at Punta Corvo a straight line distance of 13.5km from our start point."

"This is swimming in one of its most basic forms. There are no fancy maps to check out of briefings before you swim. To be honest if you don’t speak Italian (although Tommaso speaks some French) you will struggle to communicate clearly with your pilot. At some stages during your swim you’re not even sure if you’re following the boat or indeed if the boat is following you and don’t expect nice certificates, medals or even your name on a roll of honour as of the moment none of that actually exists." 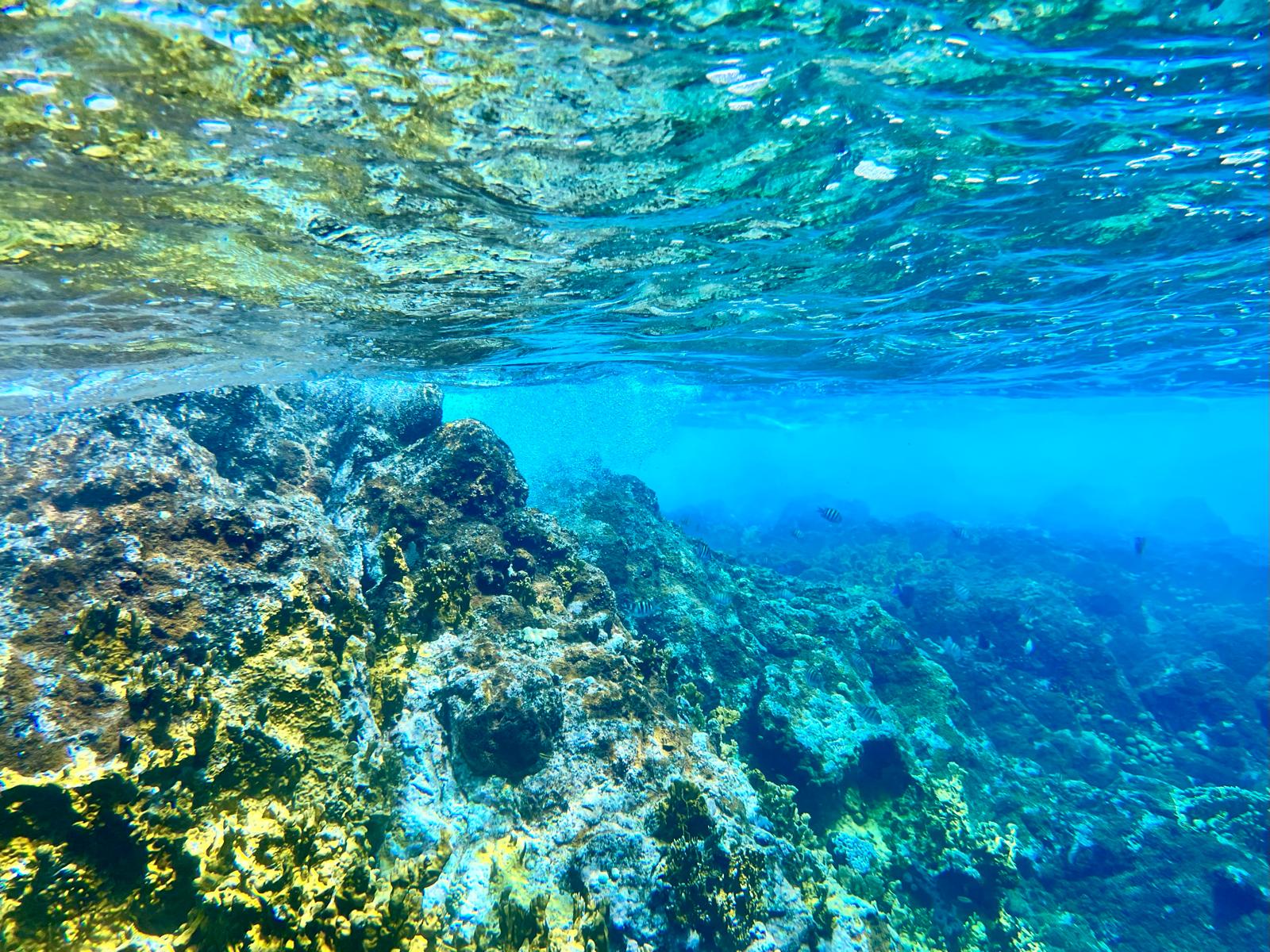 When Louise Twining-Ward, who lives in Brooklyn, New York, wanted to indulge her love of the big blue by going on a SwimTrek to the British Virgin Islands, she faced a dilemma. Her children (12 and 14) are too young to join and her husband is a more of a dry-land sort of chap...

Kay had lived on the small two acre island, Marine Cay, in the Caribbean during the 1960s so when Louise asked if her Mum would like to join her, Kay was thrilled and thought it would be a fabulous way to have some Mother-Daughter time and revisit some wonderful memories. Initially, Kay booked as a non-swimmer as she thought that although her daughter would be suited to the swimming distances each day, Kay felt that it was out of reach for her even though she regularly swims 1km at her local pool at Prested Hall, Kelvedon.

That was until she reached the British Virgin Islands where upon seeing the stunning blue ocean and sunshine, Kay was converted and could not wait to get in. With the support of the SwimTrek guides Yves, Gary and Mike the boat pilot, Kay was encouraged and regularly swam with the group each day - getting out when she had enough. 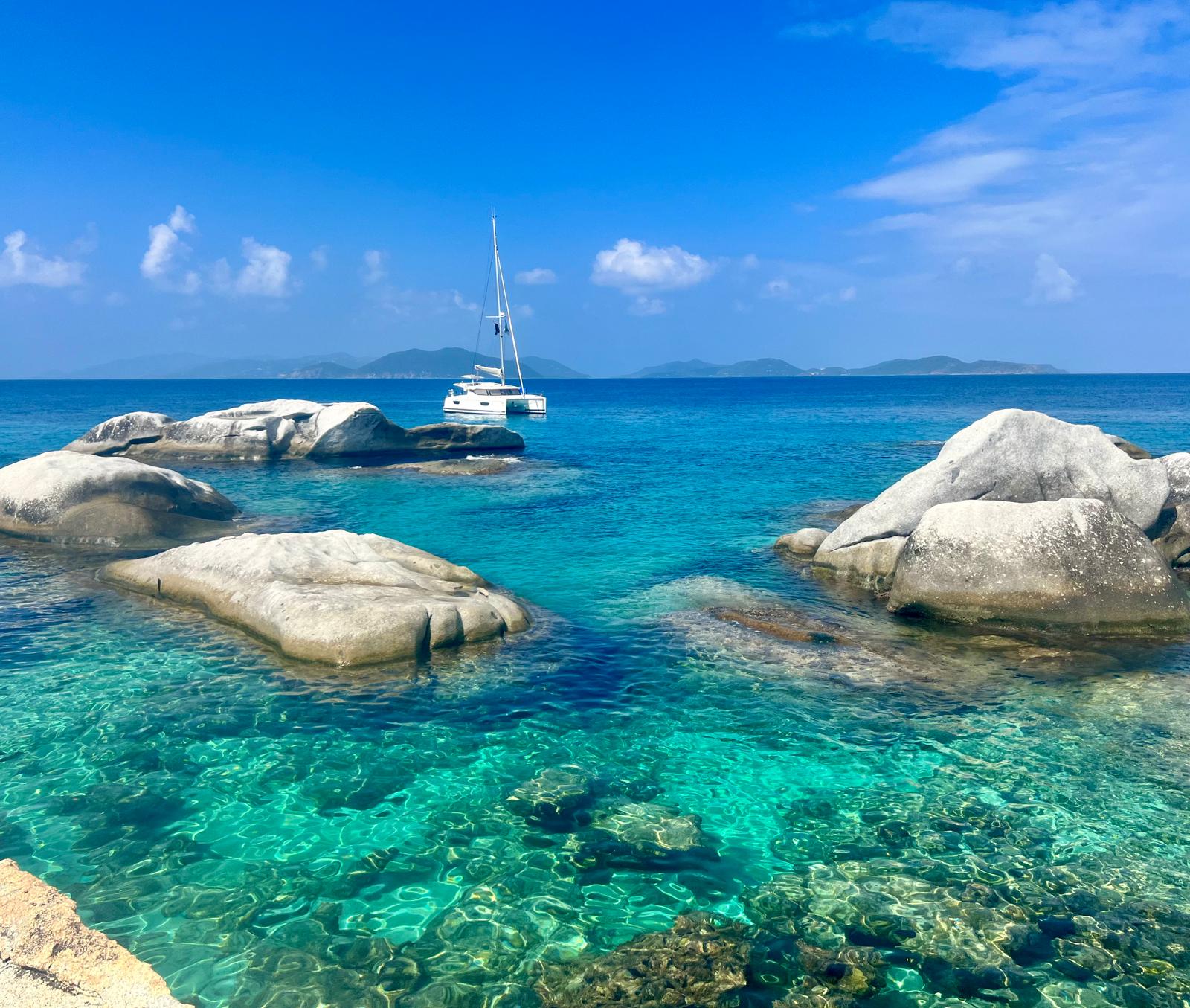 This may not sound too remarkable, but when you consider that Kay was 84 (we did ask if we could mention this) on this, her first SwimTrek holiday, she has become our oldest ever SwimTrekker and proves that if you have the right attitude and have done the training for the trip you can achieve incredible things whatever your abilities.

“I can’t speak highly enough of the swim guides," said Kay, "I feel so lucky to have taken part in such a wonderful experience. I just hope other people are inspired by what I have done and have a fabulous time just as I did. If you have thought about going on a SwimTrek holiday but thought you might not be good enough whatever your age, just book it, otherwise you could be missing the experience of a lifetime!" 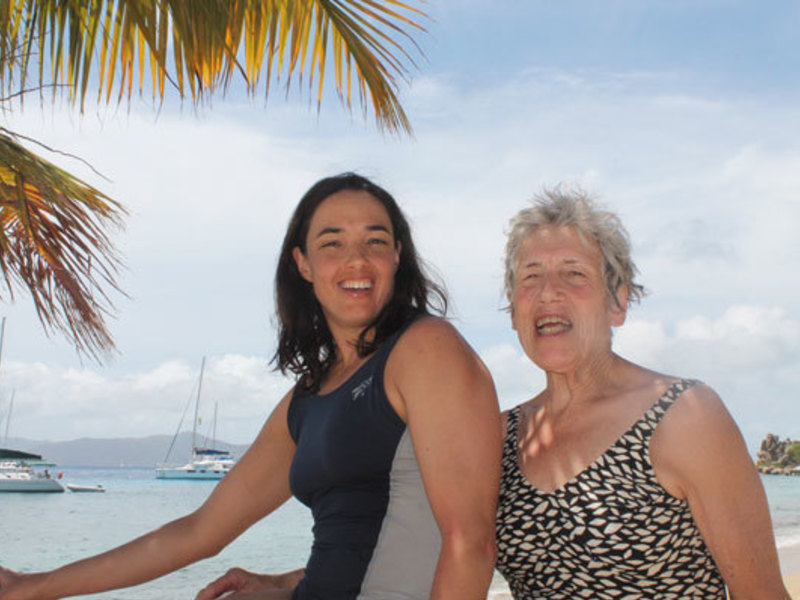 "I can’t speak highly enough of the swim guides," said Kay, "I feel so lucky to have taken part in such a wonderful experience..."

Find out more about our British Virgin Islands swimming holiday 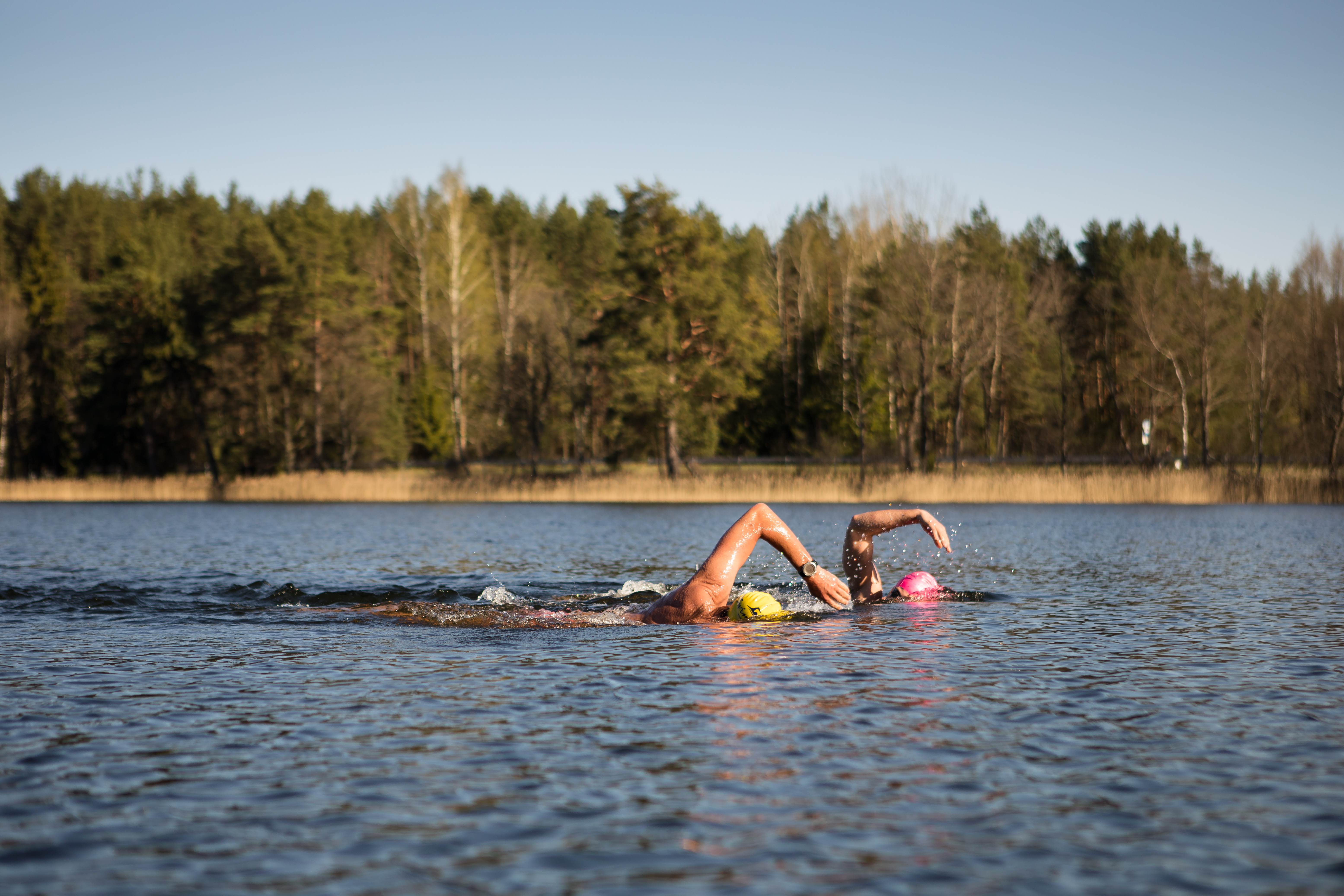 From field notes to photos, adventures can be recorded in many ways to aid the stories you share on your return. Guides Sian and Telly share just some of their memories and highlights from years spent guiding the Baltic Lakes trips in the tall forests and freshwater lakes of Lithuania:

"Lithuania, not expected to be renowned for its culinary delights, surprised us with the best homemade granola and curd cake topped with local, handpicked blueberries from the surrounding pine forests for breakfast. Audra's amazing broccoli salad for lunch, and Matthew's barbecued ribs for dinner with Audra's main ingredient - love..."

"Loosely following the Great Ring kayak route around the lakes of Auksitija National Park, we earned a whole lot of kudos hoisting the kayaks in and out of the water and transporting them between lakes by road, accompanied by some class tunes provided by our resident Californian DJ/driver/host/barbecue king..."

"Our strolls between swims took us through woods full of blueberries, wild strawberries and raspberries past pretty little lakes and houses..." 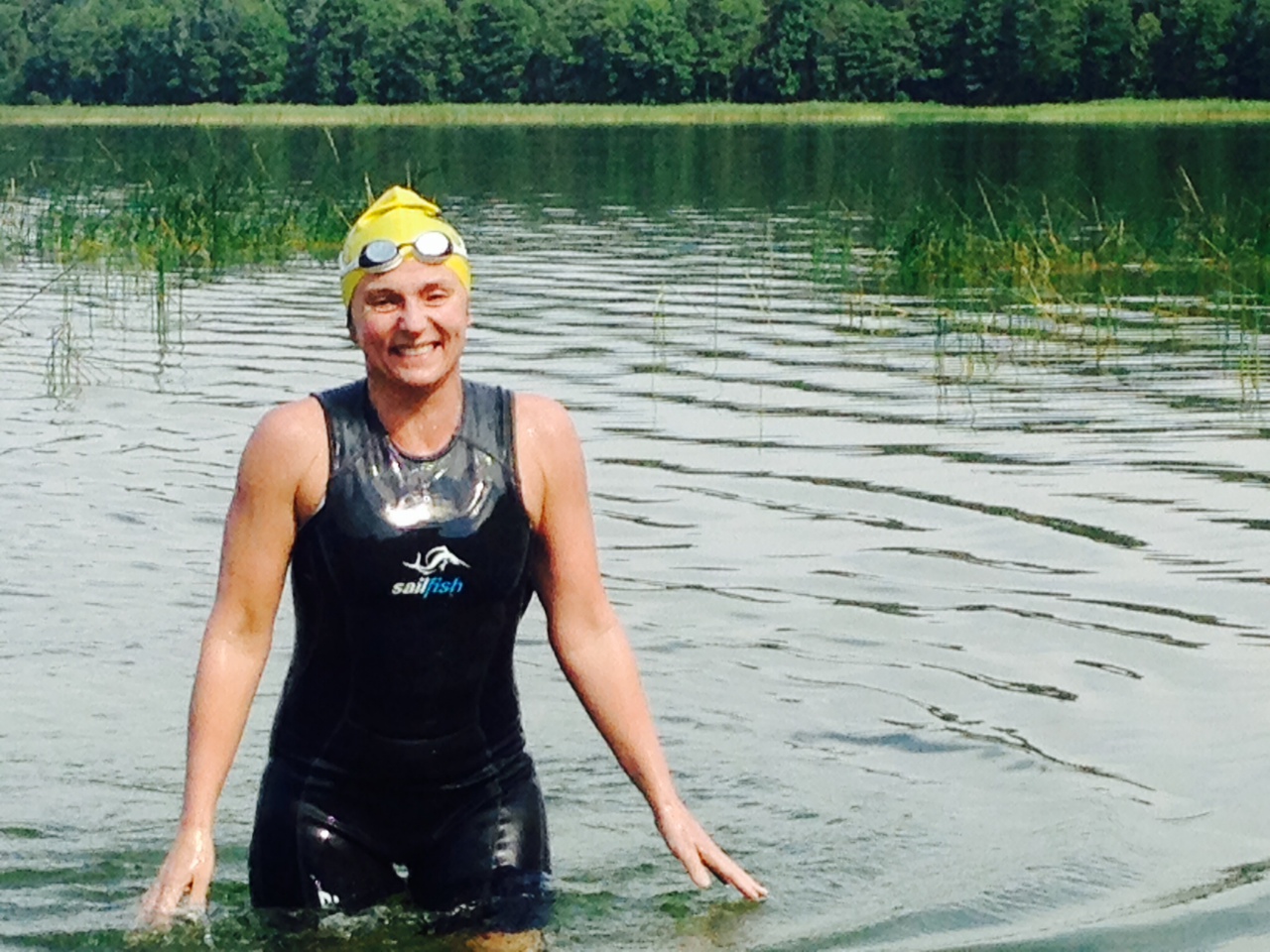 "Our strolls between swims took us through woods full of blueberries, wild strawberries and raspberries past pretty little lakes and houses."

"Climbing up the steps to Ladakalnis, following a picturesque, peaceful swim across Linkmenas, we caught a photo opportunity of the beautiful view of 6 lakes from the top of the hill, as well as the kudos-collecting kayaker who drew the short straw in towing both kayaks and heavy kit back to the base of Piliakalnis." 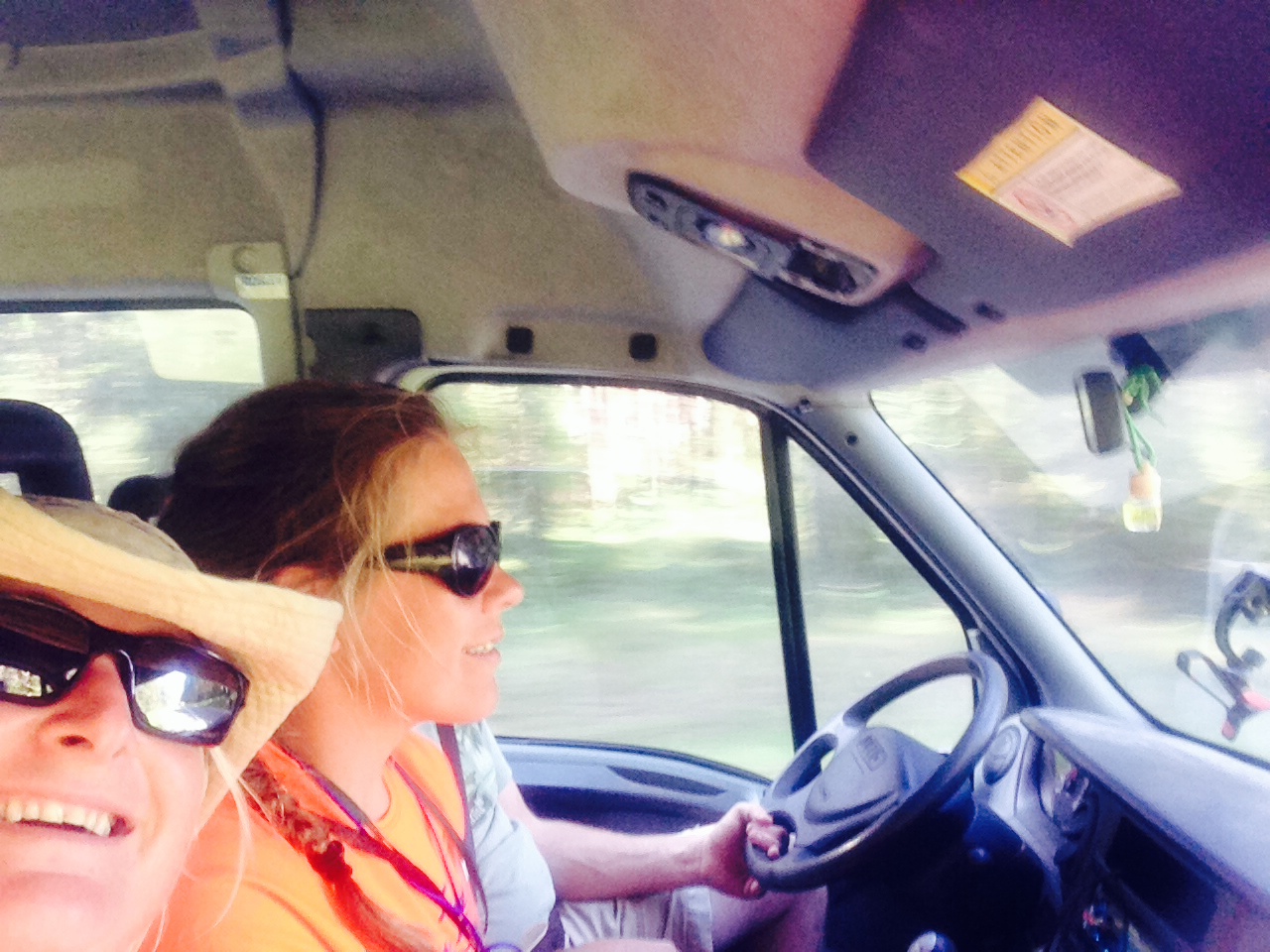 "Are you familiar with the birch? There is a cluster of intertwined birches in the distance in the middle of a pine forest - aim for the birches!"

"Look at the treeline. It's flat, no? Now look left of the flat treeline. Can you see the two tufty trees in the distance. Aim for the gap between them."

"Can you see the two grassy islands? Well, no they don't look like islands because there's another grassy island behind them, on which there is a single birch. Aim for the gap just in front of the birch."

"Actually, scrap that just follow the orange shirt on the kayak. Enjoy the view and swim straight, please." 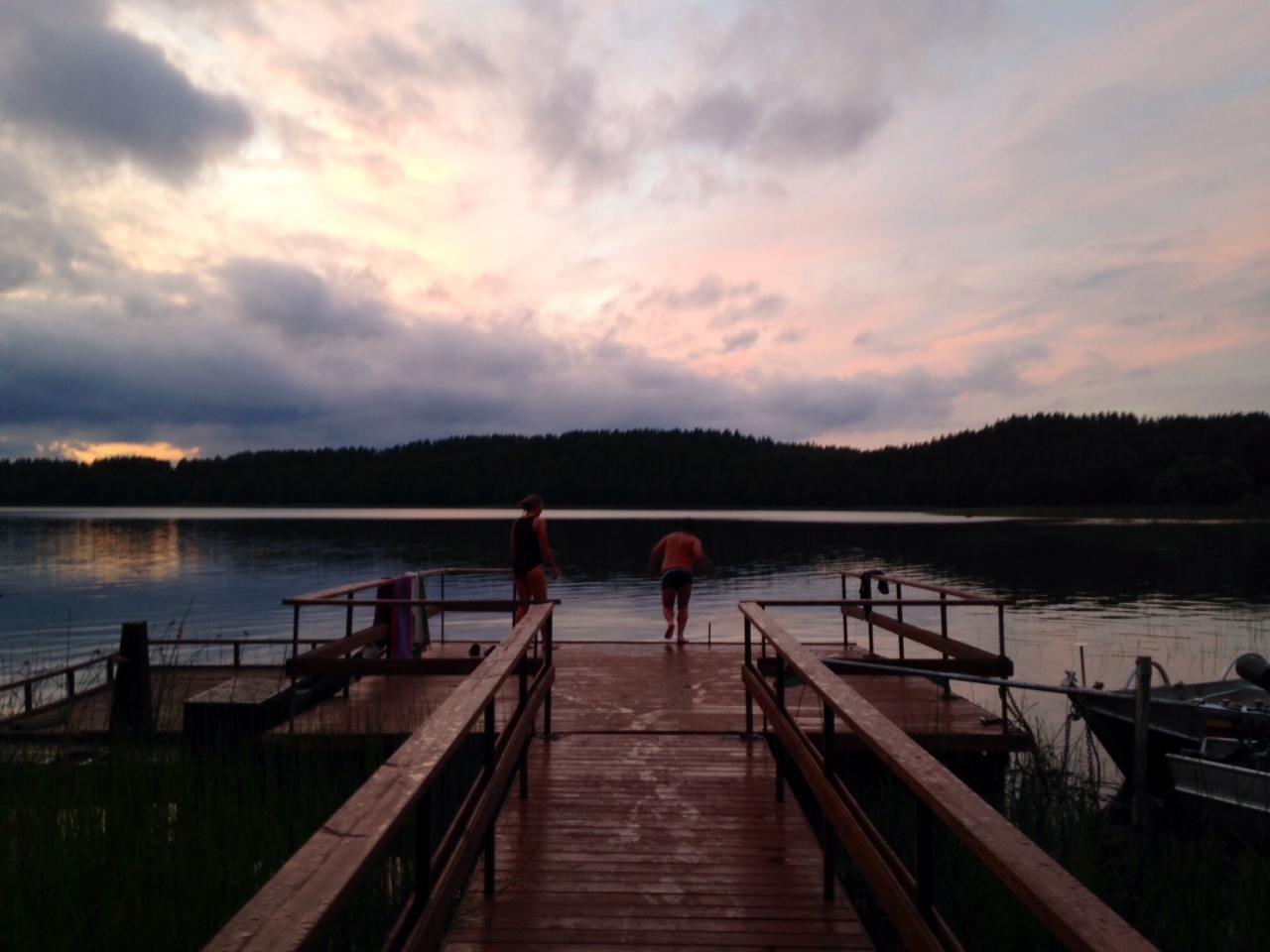 "Watching the sun go down over Lusiai, sitting in a Japanese hot tub while the wetsuits dry in the sauna after a long but lovely day in Lithuania - that was a highlight!"

"Definitely the most challenging swim of the trip but sweetened by the 'Extraction Point' tea stop at Maironys, and knowing that you are swimming home to the Tiki Inn and yet another lovely lunch."

Find out more about our trip in Lithuania

To share your own aquatic tale, please email us directly at marketing@swimtrek.com and don't forget to tag @SwimTrek on social media, or use the hashtag: #80swims