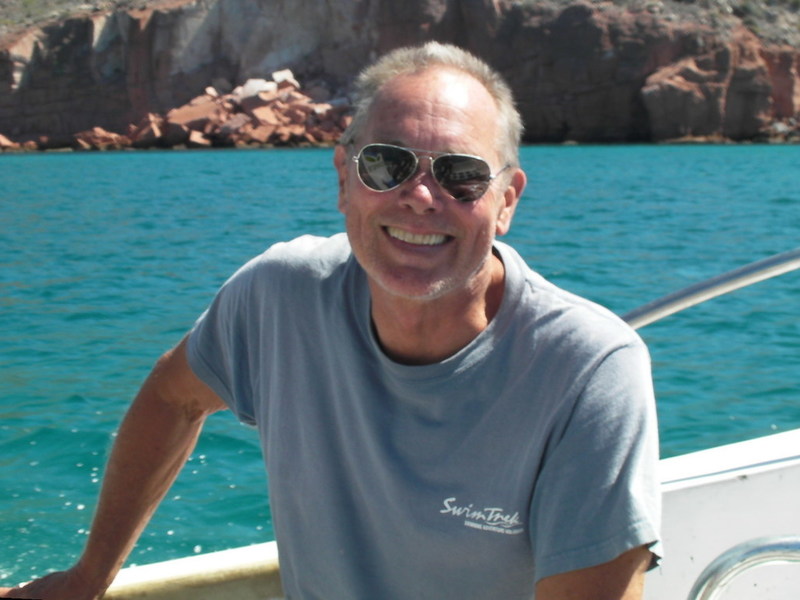 Gary Emich is an accomplished and well-travelled open water swimmer and is a regular guide for SwimTrek. What makes Gary truly unique, is his obsession with Alcatraz. Not only does Gary already hold the record for the greatest number of Alcatraz Island swims. He is also about to embark on his 1000th crossing on 11 June 2013 together with Steven Hurwitz without a wetsuit or fins.

Gary’s credits do not stop there as he has also swum in the Amazon, Peru's Lake Titicaca, Scotland's Loch Ness, Fiji and the Rottnest Channel Swim as well as done relays in the English Channel, Catalina Channel, Strait of Gibraltar, Manhattan Island Marathon Swim and Swim Around Key West making him one of SwimTrek’s most experienced and interesting guides. As a valued guide for SwimTrek we asked Gary to put pen to paper and share some of his thoughts about his enormous achievement and preparing for that 1,000th swim of a lifetime.

“As I approach my 1,000th escape from Alcatraz swim this year I offer this open prayer to Poseidon, Amphitrite and the myriad of sea gods, sea goddesses and sea nymphs throughout the world: For the last 20 years I’ve passed every test, survived every ordeal, withstood every physical and mental obstacle you’ve splashed in my path and learned the hard way that it’s bad karma to count them before I’ve swum them.

You lacerated my entire body with cuts from barnacles after I missed the opening into Aquatic Park and had no other recourse but to clamber over Muni Pier’s underside to finish the swim – I returned for more.

The regatta materialized out of nowhere. Swimming through it was akin to dodging traffic while running across an 8-lane expressway – I returned for more.

The fog descended without warning. Neither swimmers nor pilots could see anything – only the movement of the water provided clues as to the direction of shore – I returned for more.

Suffice it to say the severe case of Montezuma’s Revenge picked up in Mexico didn’t stop me from finishing - I returned for more.

A heart attack nearly exploded in my chest as a long black shadow buzzed beneath me in the murky water. Rolling up into a ball I frantically looked around to scream for the nearest pilot. Suddenly a playful sea lion pup breached 5 feet in front of me. From sheer terror to laughter in a split second - I returned for more.

After swimming out to Alcatraz an overzealous National Park Service ranger issued a citation for “illegal landing of persons on Alcatraz” – I returned for more.

During the course of a single day and in concert with the shifting currents I “escaped” from Alcatraz in all four directions: east to Treasure Island, north to Angel Island, west to the Golden Gate Bridge and finally south back to San Francisco. Ten miles in one day – I returned for more.

Your wrath created currents resembling nothing listed in the tide book, turning a 40 minute crossing into a 1 hour 38 minute and 16 second swim – I returned for more.

Braving your 5.6 knot raging ebb I swam 7 miles in 79 minutes (11.3 mph miles) starting at the Bay Bridge, stopping to high-five Alcatraz and then continuing on to the Golden Gate Bridge all the while with 3 foot waves and 15 knot winds smacking into my face - I returned for more

To torment my friend and fellow rival I swam out to Alcatraz and back to shore 8 times in 10 days (yes that counts as 16 crossings) moving from 10 behind him to 6 ahead. At age 58 this pushed me to the limits of my physical abilities; and it temporarily strained our friendship - I returned for more.

Thank you for looking down upon me with favor and for creating currents that whisked me across in 20 minutes and 15 seconds – how could I not return for more?

After 700+ conquests of your frozen, choppy, shark-infested and treacherous waters it was time to pay the tribute you were demanding: near amputation of my left big toe after stepping on an underwater razor sharp rock at Alcatraz – seven stitches down to the bone – I returned for more.

Over 900 crossings and never a second thought given to the five species of harmless sharks in San Francisco Bay (the Great Whites stay out in the ocean) but the hair literally stood up on the back of my neck and I sensed the presence of something very menacing, very ominous, very nearby and very real - I returned for more.

Ninety seven Alcatraz crossings in 2009, 96 in 2010, 113 in 2011 and 105 in 2012 coupled with participation in the Alcatraz Swimming Society’s weekly Wednesday swim service demonstrate my devotion to your Temple of the Saline Salvation. Finally, Poseidon, Amphitrite and sea gods, sea goddesses and sea nymphs everywhere, remember this journey began in May 1993. This averages one Alcatraz a week for two decades (with a mere 2 weeks off for holiday each year). I humbly ask: Grant me 1,000.”

Footnote to anyone still reading: After 1,000 crossings it will be time to move on and revel in new aspects of open water fun. On June 12th, my solicitor serves Alcatraz with divorce papers and I begin anew with a surfboard in my hometown of Pacifica California.