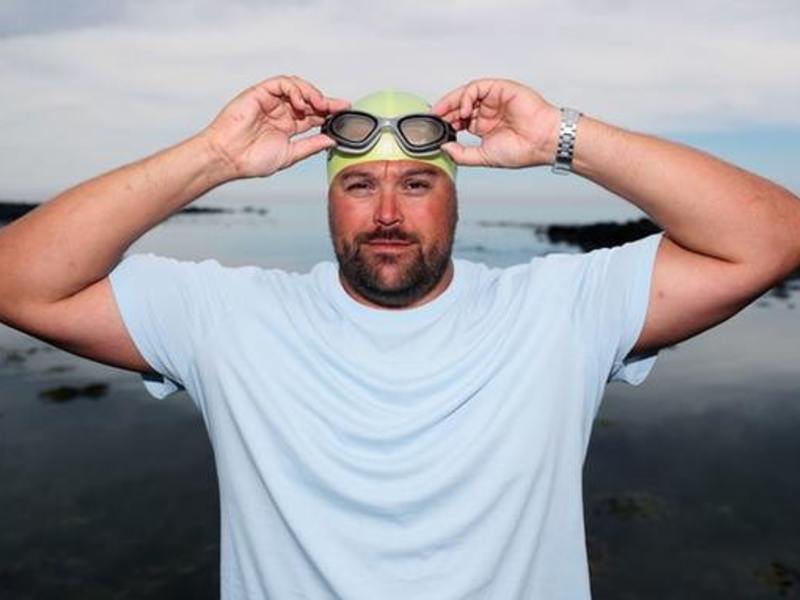 Our SwimTrek guests have accomplished some incredible feats and our featured SwimTrekker this week is no exception. Dr Nick Murch is a highly experienced open water swimmer that balances his passion for swimming alongside a full time role as a consultant in acute medicine at the Royal Free Hospital in London. He has a host of impressive swims to his name including solo English Channel, Lake Geneva and North Channel crossings. Nick's love of the open water is clear to see and his remarkable stories of his swims over the last 10 years are truly inspiring! Read on to find out how SwimTrek, in Nick's own words, has changed his life!

My background is one of pool swimming and beach lifeguarding as a teenager; this was followed by 15 years playing water polo up to a national standard. In approximately 2007 I was reintroduced to open water swimming via masters swimming friends who had signed up for a SwimTrek in Croatia. It was a game changer as a mix of crossings, coastal swims, river swims, stunning scenery, wildlife and some geeky history in the form of forts and submarine tunnels appealed to our very core. That and the comraderie and ability to eat and drink as we wished to keep up energy of course! The 4 of us all agreed it was the best holiday we'd ever had.

Since then we've been on a SwimTrek to the British Virgin Islands where the scenery was stunning. Amazing wildlife and historical significance meant we saw turtles, sunken ships and a treasure island, and had the chance to swim from British to US waters in an afternoon.

I'm lucky in the fact that I have the amazing Parliament Hill Lido near my work so began swimming there regularly in warmer months of the year. During this time I was wearing wetsuits whilst swimming in outdoor races in the UK but never felt as free as when swimming in just my togs. More recently I have taken up open water and then marathon swimming, building on my tendency to natural bioprene.

In 2015 I entered a swim with the intention of doing it in a wetsuit but decided the night before to do without. I swam the 2015 10 mile Windermere one way swim in 4hrs 36, finishing first in the skins category which gave me the courage to sign up for an English channel solo attempt the following year. The key preparation for this was the excuse of going on another SwimTrek trip, namely the Long Distance Training Camp in Mallorca. I attended this in April 2016, working up to 6 hours of swimming in water below 15.5 degrees for my English Channel qualifier and learning invaluable titbits of information from guides Sian and the legendary Cliff Golding.

It also connected me with a group of individuals from around the world (UK, Canada, US, Switzerland, Kazakhstan) who all had their own challenges lined up. They have remained a key source of support and friendship since and I have met up with some of them numerous times. Visiting some in the US, meeting a Canadian in the UK to swim Durdle Door and the Jurassic Coast and having one crew for my English Channel crossing and another for my lake Geneva swim. In fact I can't seem to lose one of the chaps who keeps drinking my red wine...

In 2016 I successfully completed an English Channel crossing in 11hrs 40minutes and in arduous conditions. Whilst training for it I decided to also attempt the Lake Geneva Signature 70 solo and was the fifth person to complete officially in 32 hrs 46minutes, earning my membership to the '24 hour club'. Completing it in conditions described as 'unswimmable,' I had the award for most courageous swim of the season named after me.

This had been a life changing year for me. I'd gone from a novice to an experienced open water swimmer and was looking to give back to the community that had helped me so greatly. Selkie swim brand approached me about being a ambassador and member of Team Selkie in return for some blogs, which was a perfect site to host content I wanted to share of my experiences with nutrition, learning from failure etc. I also helped with the Dover channel training crew who I'd trained with from may to my swim in July 2016. This was my way of giving back to a community that seriously changes people's lives. After a year off, In 2018 I had signed up for two swims: the infamous North Channel and a 5 person relay of Lake Geneva. Nursing a longterm shoulder niggle, I decided I had enough marathon swimming in the bank to not attend the LDT but had an excuse to go on the Montenegro Fjords SwimTrek in order to get some distance in whilst not overworking my body! I managed to pursuade a friend to come too and he loved it! In June 2018 I completed the North Channel crossing in 11hrs 48minutes. We then travelled out to do the Lake Geneva Signature 70 relay and completed it in 22 hrs 5minutes, a new relay record. An amazing experience to relive my solo from two years before, a large portion of which I've wiped from my memory as I'd found my limit that day... I have an interest in helping others with their goals and have persuaded family and friends to go on SwimTrek holidays and take up open water and marathon swimming. The physical and mental health benefits are amazing: being at one with nature, being in the moment and having to have a digital detox whilst swimming are all massive pluses for me. Its my exercise, meditation and mindfulness all rolled in to one. Hows that for multitasking?! I've also an interest in the science behind open water swimming and in trying to demystify some of the old wives’ tales. An area of particular expertise is my knowledge of nutrition for marathon swims, on which I've been invited to lecture a number of times. I've also been asked to speak at conferences about how medical training is perfect training for channel swimming, and channel training as an aid for medical leadership.

All of this adveture came from swimtrek Croatia, via the BVI, LDT and Montenegro with other UK based swims interspersed. I can truly say, and this is not an over judgement, that swimtrek has helped change my life. 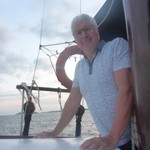 really great to read about your achievments! hope to see you one day on a Swimtrek! we are off to Sardinia on Sept 15-21...


posted over 3 years ago


posted over 3 years ago