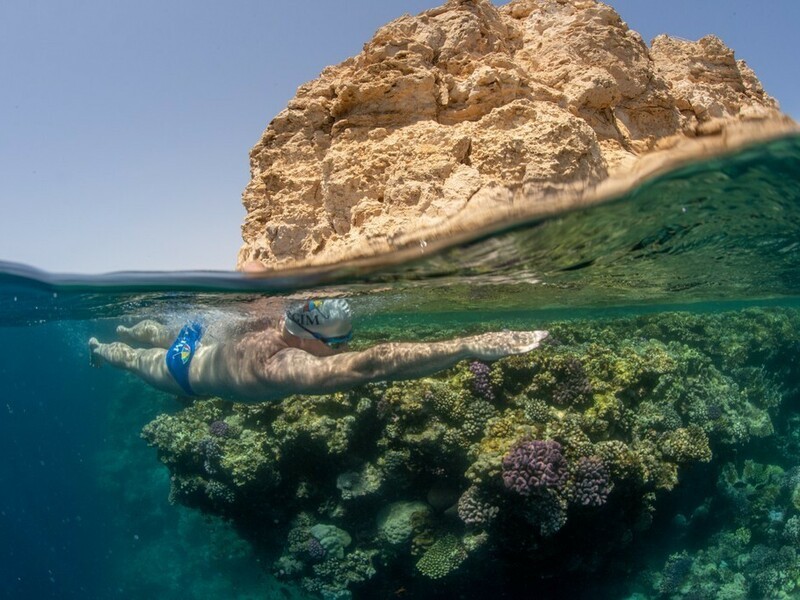 Lewis Pugh - endurance swimmer and UN Patron of the Oceans - has spent his life pioneering unique swims in the most vulnerable ecosystems on Earth. First person to complete a long-distance swim in every ocean of the world. Also, first to swim across the North Pole, and to swim the 528 km length of the English Channel...

Over the years, Lewis has helped protect over 2 million km² of vulnerable ocean – an area the size of Western Europe. He is now working to fully protect 30% of the world’s oceans by 2030.

In 2018, Pugh swam the length of the English Channel from Land's End to Dover calling for the UK to protect 30% of oceans by 2030. After the swim the UK become the first major economy to commit to this target and urged other nations to do the same. To date 128 nations have joined this call, making it the largest conservation drive in history.

'The 160 km swim is expected to take 2 weeks to complete. Lewis will swim approximately 10 km each day...' 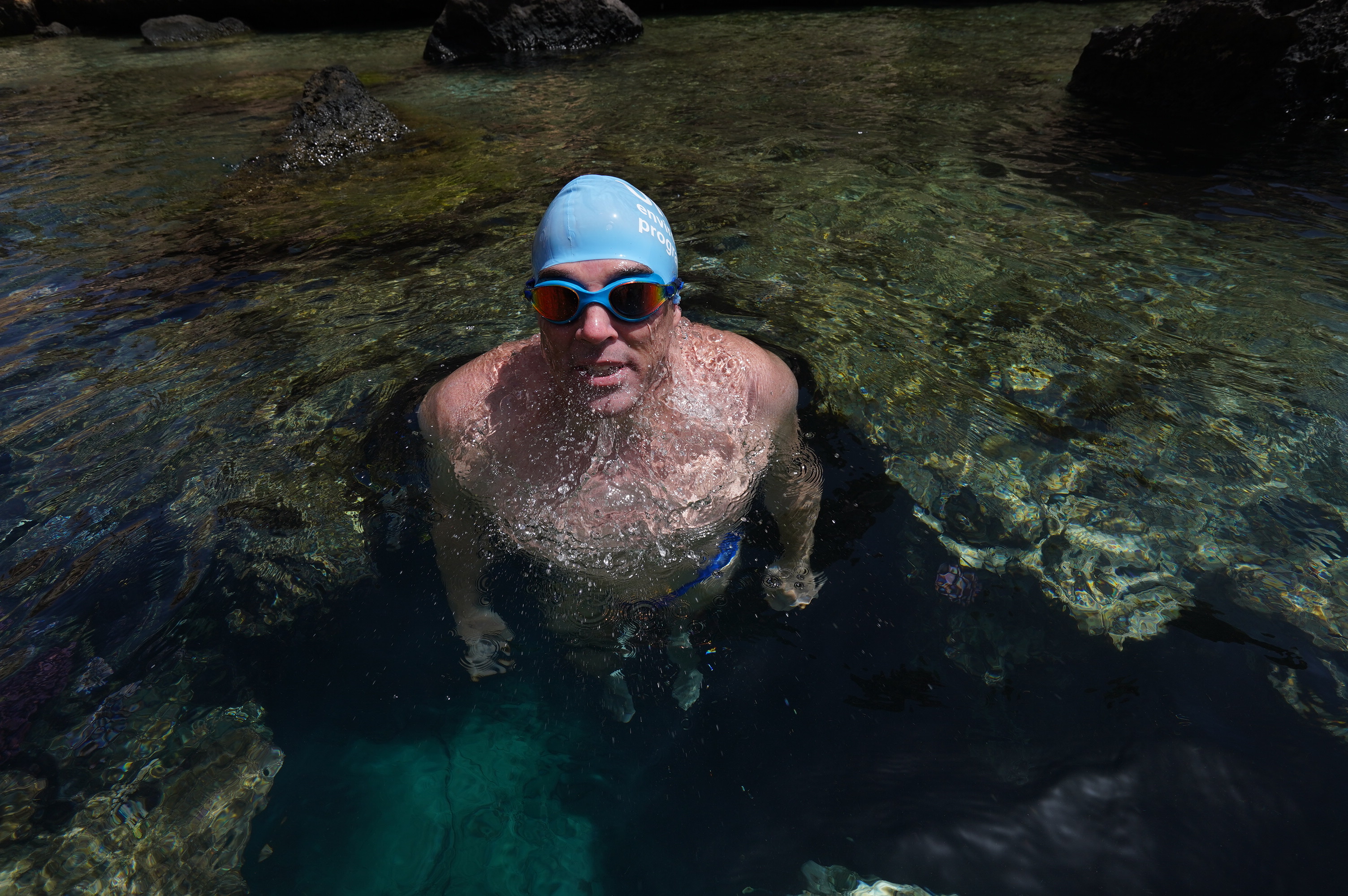 Yesterday, on 10 October 2022, Lewis Pugh released details of his latest expedition - the world’s first swim across the Red Sea from Saudi Arabia to Egypt. The swim will highlight the vulnerability of coral reefs due to the accelerating Climate Crisis.

In October, Lewis will swim from Saudi Arabia to Hurghada in Egypt. Along the way he will pass Sharm el-Sheikh, where world leaders will be gathering for COP27 in November. The 160 km swim is expected to take 2 weeks to complete. Lewis will swim approximately 10 km each day. He will swim over some of the most precious coral in the world and across one of the world's busiest shipping lanes, leading to the Suez Canal. 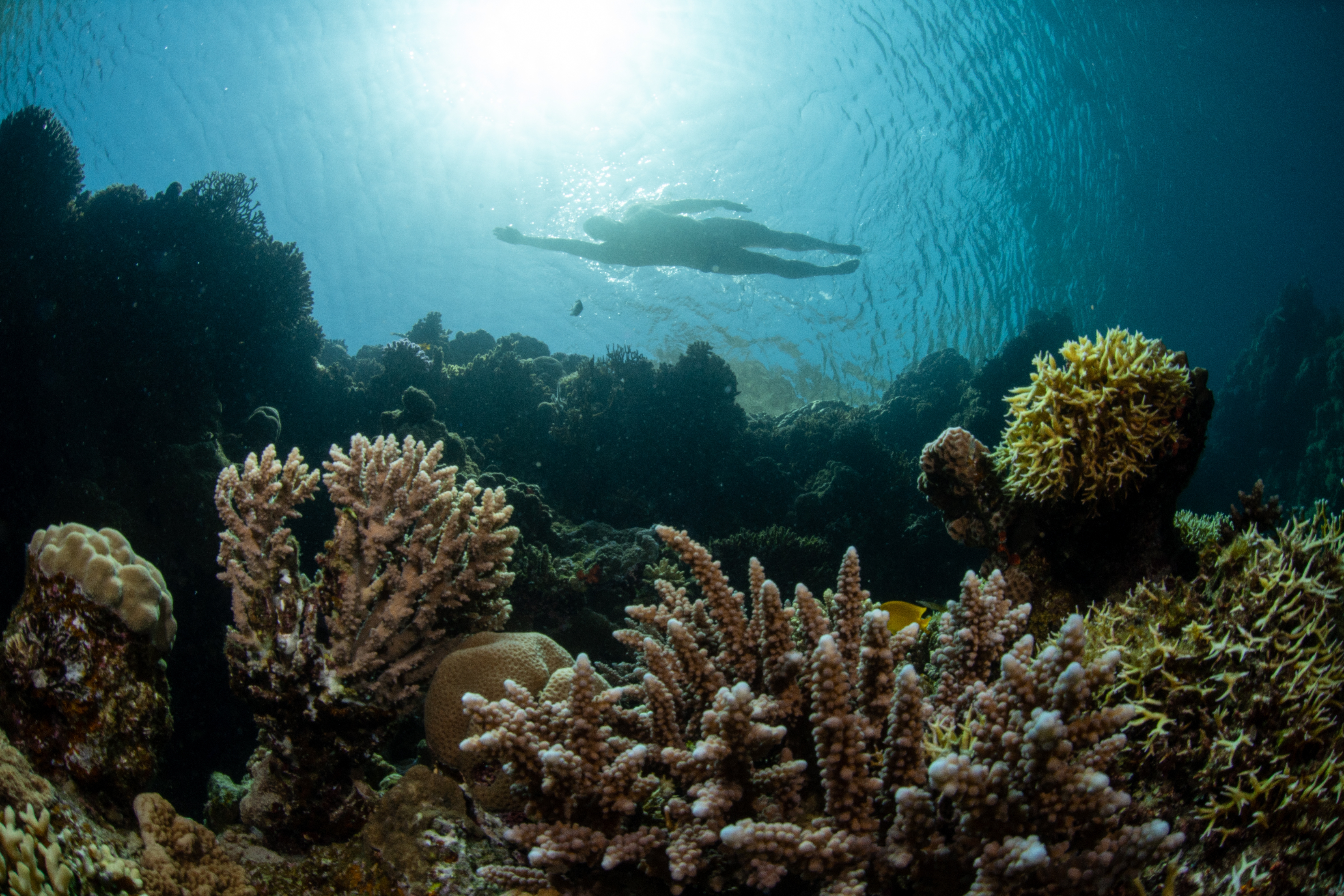 The Human Polar Bear is back!

"I've been swimming in the world's oceans for 35 years, and during that time I've seen them change dramatically," Pugh says. "The biggest changes I've seen are in the Polar Regions, and in coral reefs. Both are affected by rising temperatures: the poles are melting, and the coral is dying," says Pugh. "Ice and coral are the Ground Zeros of the Climate Crisis. These changes are happening before our very eyes; as evidence of global warming, they are indisputable."

'Coral reefs are the barometers that illustrate clearly what happens when we heat our planet...'

“Coral reefs are the barometers that illustrate clearly what happens when we heat our planet,” says Pugh. "Every fraction of a degree now matters." 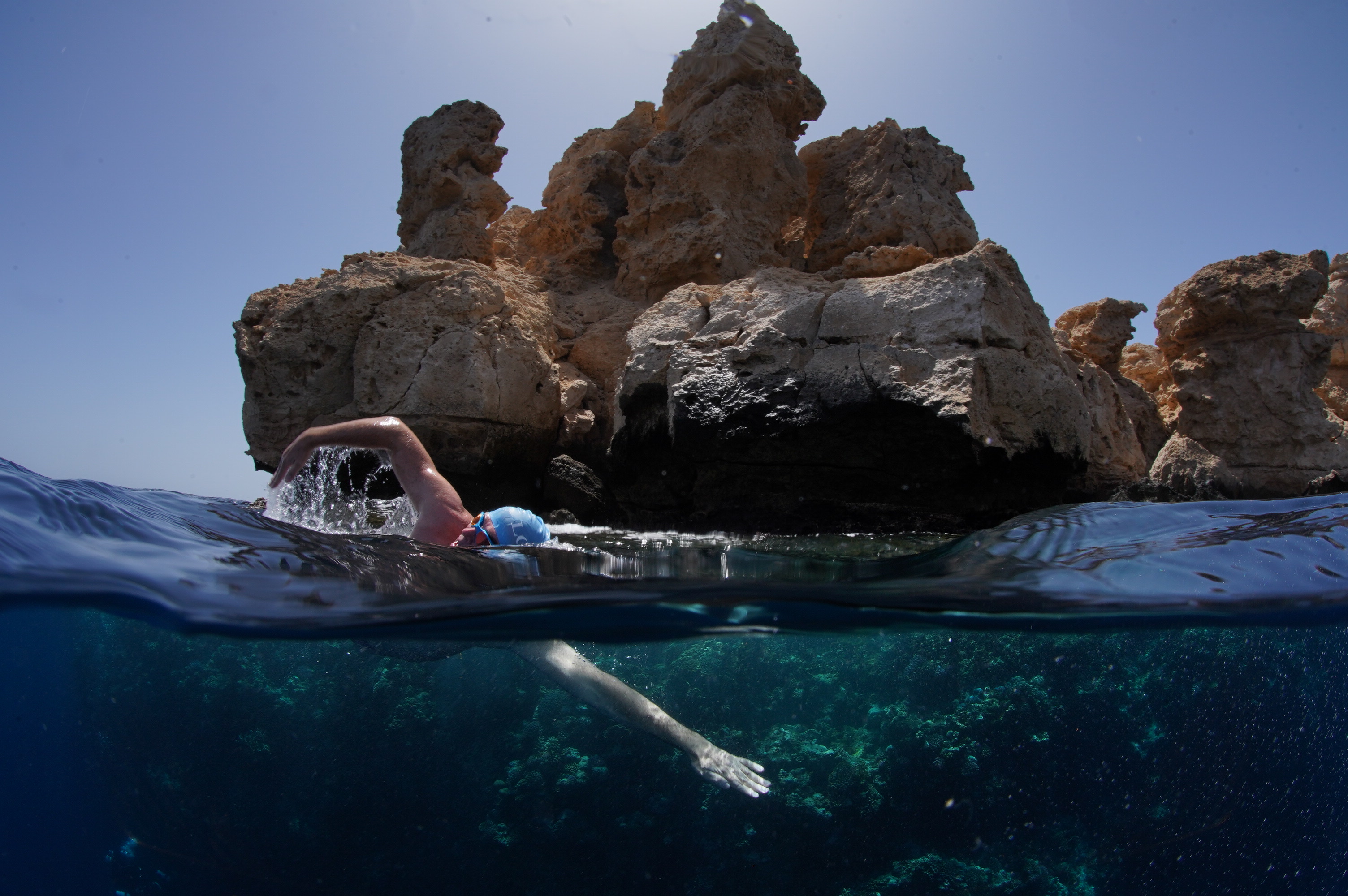 If ever an area needed to be properly protected, this is it. Half the world’s coral reefs are believed to have died since the 1950s due to warming sea temperatures, combined with overfishing, pollution and reef disturbance. Red Sea coral is different. Researchers have found that the coral in the Red Sea is more resilient to warming and acidification than coral in other places, such as the Great Barrier Reef, where bleaching events are increasingly common.

If temperatures continue to rise as predicted, the coral of the Red Sea could be the last surviving coral on earth, so it is imperative that we protect it from other threats.

Coral reefs support 25% of all ocean life and are the most biologically diverse ecosystem on Earth.

"If we lose our coral reefs, we will not just drive many thousands of species into extinction, we will lose an entire ecosystem, on which we depend. This would be unprecedented in human history. Coral reefs are the nurseries of our oceans, and home to some of the most incredible life on earth. I refuse to accept that we could lose them in my lifetime," says Pugh.

Key Coral Facts: Coral reefs support 25% of all ocean life and are the most economically valuable ecosystem on Earth. They are also the most biologically diverse.

If we lose our coral reefs, we will not just drive many thousands of species into extinction, we will lose an entire ecosystem, on which we depend. This would be unprecedented in human history.

Scientists predict that, if we heat our planet by more than 2°C, 99% of coral reefs will die. We are currently on track for at least 2.2°C increase. 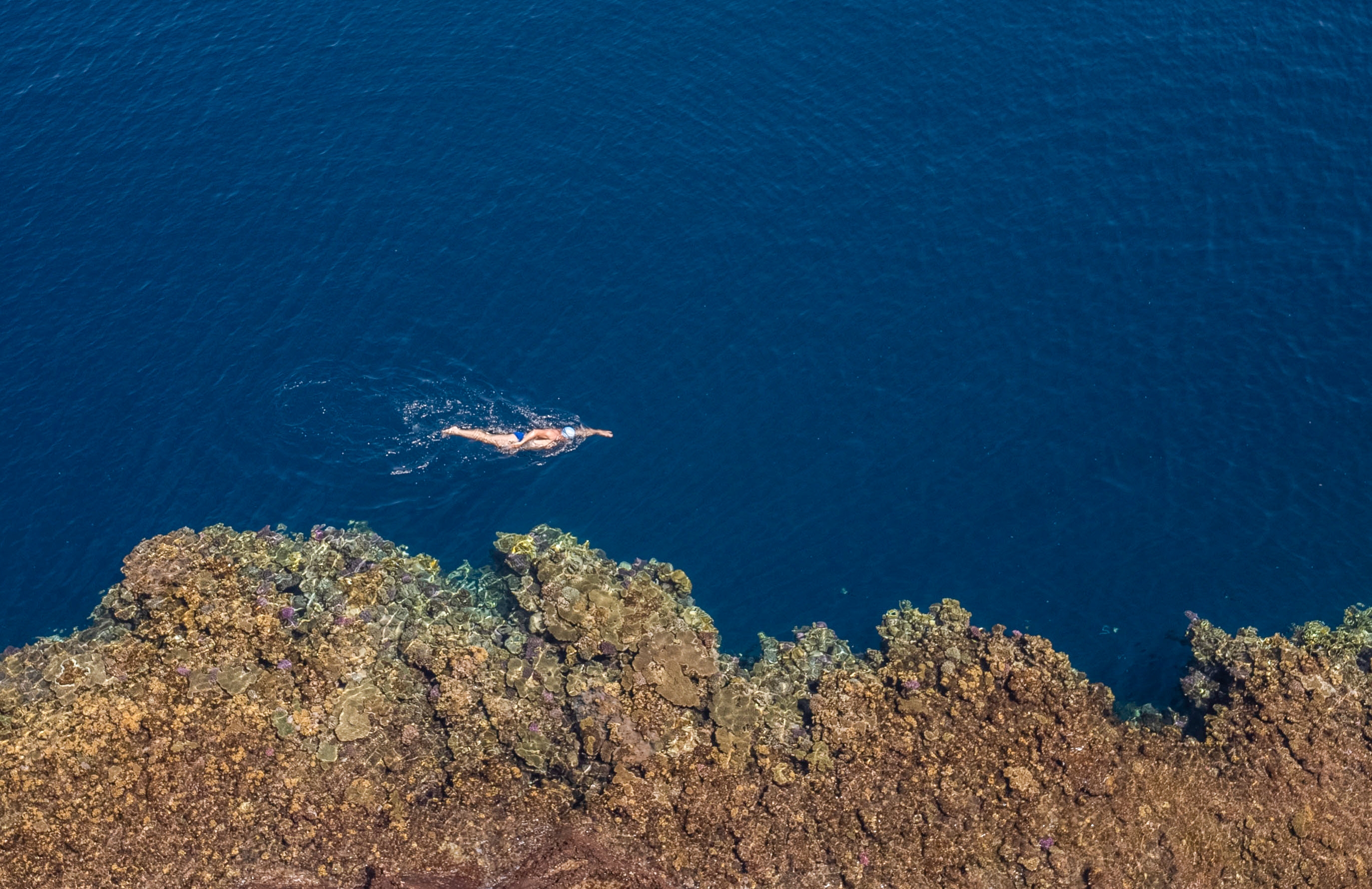 Marine Protected Areas (MPAs) make the oceans more resilient to climate change. At the UN Climate Conference (COP27) in Sharm el Sheikh this November, Lewis will also call for 30% of the world’s oceans to be protected by 2030, stressing to world leaders the role healthy oceans play in mitigating against the Climate Crisis. He will ask them to move beyond long-term commitments toward immediate urgent action.

Following completion of the swim, Lewis will travel to Cairo and London for media interviews, before attending COP27 in Sharm el-Sheikh in November. 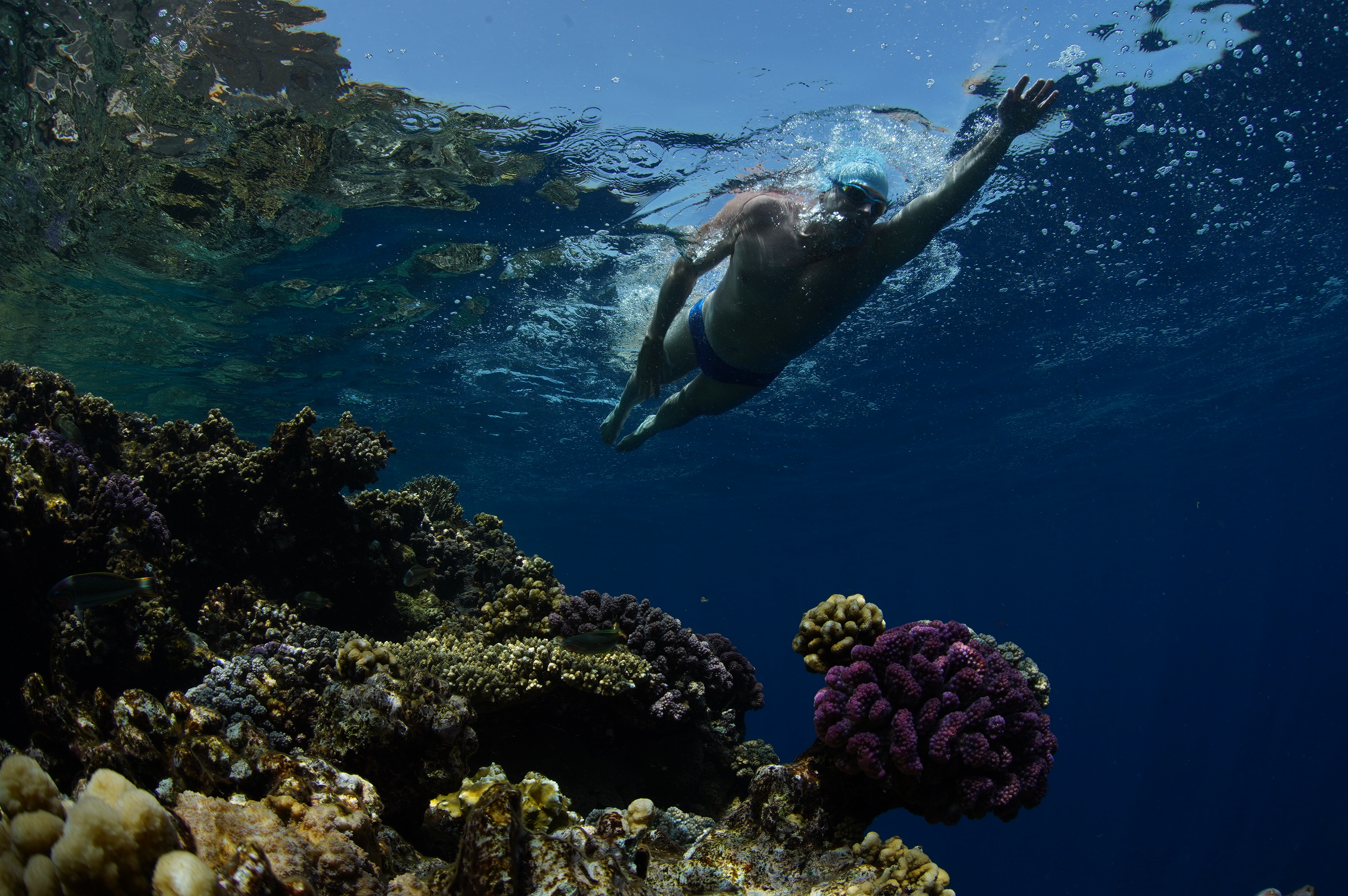 • Lewis Pugh will swim 160 km (approximately 10 km each day) across the Red Sea from Saudi Arabia to Hurghada, Egypt in October 2022, ahead of the UN Climate Conference (COP27) in Sharm el-Sheikh

• Pugh will swim across the Red Sea to highlight the impact of climate change on coral reefs, which support essential biodiversity

• The Red Sea is home to some of the world's most biodiverse coral reefs, and the most resistant to climate change

• The swim will highlight the speed of the Climate Crisis ahead of COP27, where Pugh will urge all nations to drastically cut their emissions

• August/September: training in the Mediterranean

We were thrilled to have Lewis along for our Greek Sporades trip this year - watch the video to find out what he thought of his time in this stunning National Marine Park...