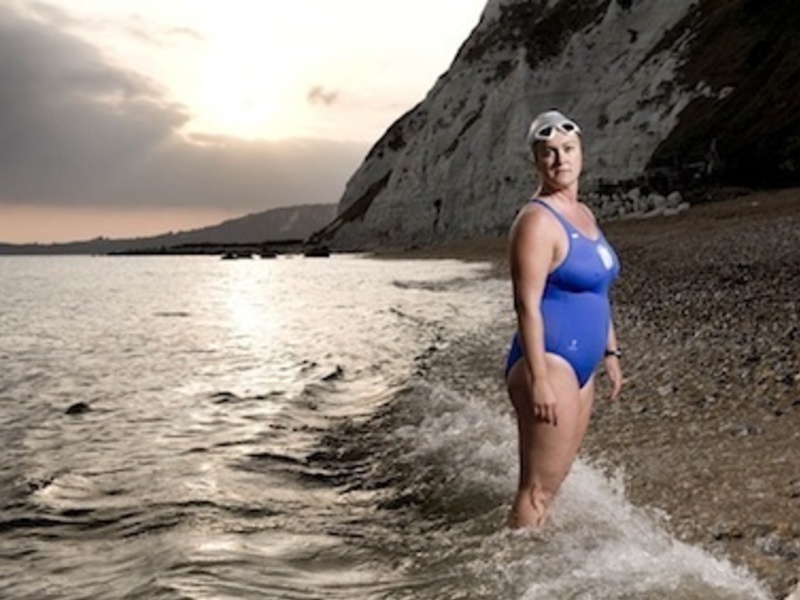 An Interview with Channel Swimmers

We caught up with our Long Distance Training swim guides to uncover their passions and love of channel swimming! Our guides, Kevin Murphy, Cliff Golding, Fiona Southwell and Anna Wardly reveal all ...

What made you become a channel swimmer?

Cliff : I was a marathon runner before getting into swimming. I was looking for a new challenge & swimming was something I'd not been into before at all. I had a flash of inspiration while flying over the channel.

Kevin : I was a tubby kid, not good a football or running but i could beat everyone at swimming. I did my first channel swim at 19 years old and i discovered was built for endurance.

Anna : Before my first Channel attempt in 2007, I was a pool swimmer, logging just 40 lengths, twice a week in my local pool. I taught myself how to swim front crawl in order to attempt the ultimate open water swim and succeeded in swimming from England to France on my second attempt.

Fiona : Fiona grew up with 5 brothers who ocassionally left her to drown while swimming in lakes and rivers so swimming was a necessity to survive! In 2009 Fiona swam the channel in 19 hrs and 22 mins.

Can you tell us a story about your channel swim adventures?

Cliff : On one swim in Dover i swam full into Kevin Murphy which was quite a co-incidence given we were surrounded by ocean!

Kevin : On one of my 'little dips' I once swam into a dead dog which was not a good experience. I've also been known to swim while unconscious - and had to be picked up by my team for which I'm very grateful. I really enjoy finishing and overcoming the odds, its a real adrenalin rush.

Anna : I once had a swimwear wardrobe malfunction. I decided to try out a brand new costume (not recommended). The elastic created problems so i decided to take it off. Apparently it caused quite a stir! Since then I've heard quite a few stories of topless swimmers so i know I'm not alone!

Top tips for swimming the channel

Cliff : Don't swim to France, swim to your next feed

Kevin : Don't look up to see where France is

Anna : One arm in front of the other! Don't wear a new swim suit

Fiona : Keep swimming you will get there, don't touch your goggles and don't wear a watch

Looking forward to the next Long Distance Channel Swim Training

Kevin : We want to help people to achieve the dream of swimming the channel. When you help someone you become part of that dream and hopefully inspire them. It's not a one way thing. It's very emotional because you see the struggle, you see personalities change and you become part of it.

A common perception is that open water swimmers need to be a certain physique but this is often not the case (especially in my case). Some of the young male swimmers show off in my local pool so occasionally i take pleasure in overtaking them with a light touch of their feet  :-)

Our team of long distance swimming guides will be leading the Channel & Long Distance Training trip in Mallorca in April 2013. This training trip is ideal for the open water swimmer looking for a week of intensive long distance training in the idyllic waters of the Mediterranean by Mallorca.