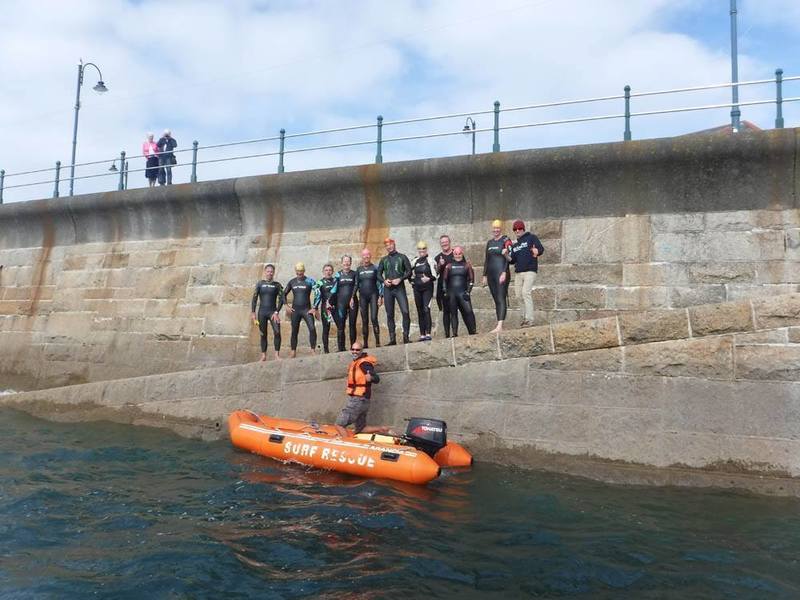 When did I become obsessed? Diary of a ‘newish’ open water swimmer.

As I was already a fell runner and cyclist decided, along with two friends, to have a go at a sprint triathlon. After training during the summer;

Discussion followed re future tri’s but what if the swim wasn’t in a pool??

During 2015 – Further sprint tri’s but all pool based swims

May 2015 – Salford Quays for open water inductions with USwim and the Helly Hansen Centre.

July 2015 – Rod & John guided, instructed and exhausted us through our Intro. Came home with my video – how could my technique be so bad? Addiction had set in and when an email came from SwimTrek re an inaugural Cornish holiday based around places I remembered as a child, so booked Paul & I on it.

September 2015 – Cornwall with guides Pete & Tim plus Simon! What a great holiday. A flexible group who were happy to swim wherever Pete and Tim chose depending on tides and weather. And yes there were beaches that hadn’t changed since I’d first visited them.

February 2016 – Barely in to New Year and where are we booking. Due to circumstances, Mallorca revisited plus I noticed Durdle Door – Jurassic Coast, so booked that as well! Also booked Epic Events three lake swims in June, July and August.

June 2016 – Another Intro but this time with Marlys and John. We knew what to expect and weren’t disappointed. I came home with an improved video but noticed Burgh Island on SwimTrek website. Paul would be mountain biking in Scotland – I booked a place!

July 2016 – On a beautiful summers day 10 of us swam around Burgh Island guided by Sian. A lot of supporters joined us on the beach and made it a very sociable event. Added bonus of coming away with a SwimTrek bobble hat.

August 2016 – Twenty of us met Kate and Telley at 8am at Lulworth Cove for our briefing before our swim to and through Durdle Door. Met swimmers from previous trips, others who swim at Salford Quays and came away with yet another bobble hat!

And what happened to the sprint tri with an open water swim? No time as I’m too busy swimming!! Thanks to SwimTrek and to all the swimmers we’ve met on our holidays who have helped make them so enjoyable. Where to next?