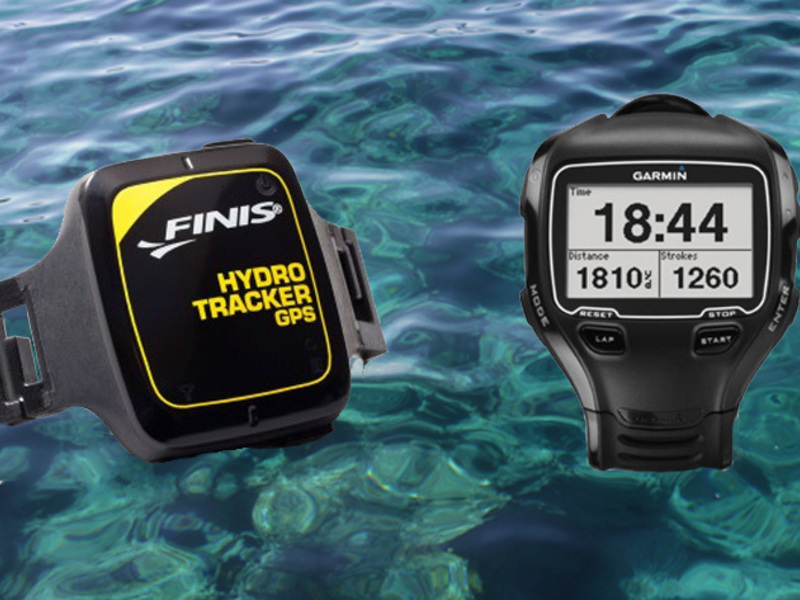 Garmin are well established in providing navigational tools for both transport and sport worldwide.

The Garmin Forerunner 910XT is billedas an advanced GPS enabled watch for multisport athletes on land and in the water. For the swimmer it can be used in the pool and open water and includes swim distance, stroke identification, stroke count and pool length functions, though the latter functions are not available for open water swims.

On opening the box setup is fast and simple, it can be done on the watch without a computer meaning you can be recording your first swim with the device in minutes. Once in the water the GPS seemed to accurately record the swim and gave feedback via a vibration to announce recording had started and when GPS had full or limited signal. On finishing the swim a simple press of a button ended the session and data was saved.

Back on dry land the data from the swim can be reviewed instantly on the watch detailing time, distance, basic route and pace. To view and analyse the data in detail required syncing the Forerunner 910XT to Garmin Connect which was relatively easy with clear instructions guiding through the installation of the ANT+ USB receiver and uploading the data to the Garmin account which we setup for this review. Garmin Connect provided a clean platform where the route, distance, time, average pace and calories could be analysed, saved and compared on an ongoing basis, enabling you to track your progress over time. The satellite view of the route gave a general idea of the swim route with straight lines between turns which gives the impression that the distance recorded is slightly shorter than the swim done.

Overall the Forerunner combines ease of use, excellent display and custom workouts on a small comfortable GPS device. It would help any swimmer or multi-sport athlete to make improvements to their performance or simply tracking activity.

We Liked: Intuitive interface, vibration feedback and simple to pause and restart swim recording when stopping.

We Disliked: Data recorded and displayed on Garmin Connect is basic and lacks detail from the actual swim route. Finis was setup with the mission to motivate every person in the world to swim better, swim often and train smarter and they pride themselves on introducing innovative tools to the swimming community bringing various training aids to the market including the Hydro Tracker GPS.

The Hydro Tracker comes boxed with a small USB dock which acts as a charger and connects the device to a Mac or PC, a neoprene strap and instructions. The tracker is pre calibrated so it is ready to go straight out of the box. After a short time charging the device was ready and attached to a pair of goggles, though a little fiddly, it feels reassuringly secure. With no screen on the device, a computer is required to analyse data on the web based Finis Streamline Training log. Uploading the recorded data is simple and all logs are stored ready for comparison online using the Swimsense Bridge software. The Streamline platform is clean and intuitive to use with separate swims laid out in a grid system. Details of the swim are displayed with a map accompanied with distance, duration, fastest KM, speed and pace per 100m. With a scroll of the mouse there are a range of graphs and figures giving more details about your swim. The main detail that stood out was the accuracy of the swim route recording on the map with every turn and deviation taken and the ability to playback an animation of the swim.

Overall the Finis Hydro Tracker GPS is simple to use and provides accurate data. With its 8-16 hours battery life per charge (dependant on sampling rate) the device is a great tool to track multiple swims or the long swims of an endurance swimmer.

We Liked: Accurate and detailed recording of swim route, simple to use and doesn’t interfere with swimming technique.

We Disliked: No sound or vibration feedback when swimming. Not compatible with Mac OSX 10.8 (Mountain Lion) or later.