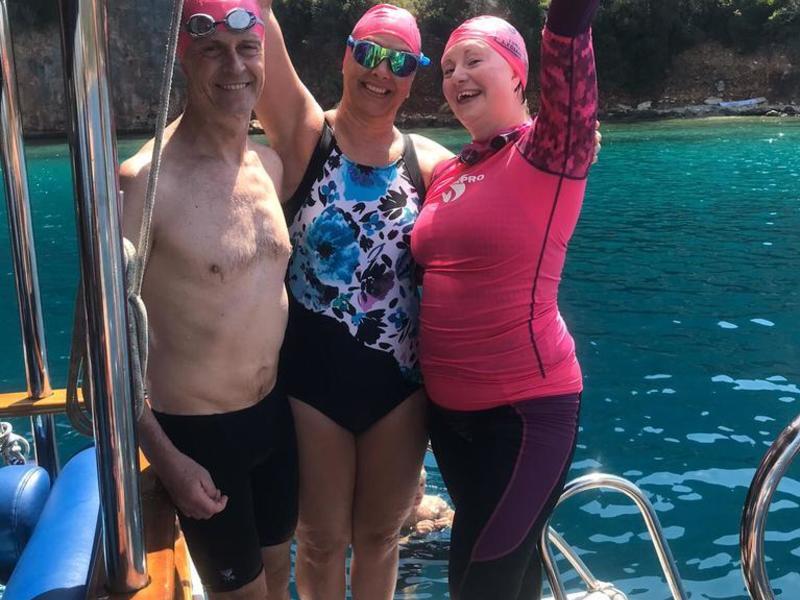 How swimming saved my life

As regular swimmers, the positive of effects on swimming are familiar and routine to us. Nothing beats the glow of tired satisfaction you feel in your core when you’ve been in the sea for a cool swim, or that first dive in after being away from the water and feeling your whole body submerged. But for some, open water swimming can be completely lifechanging. It can provide incredible solace, offering a distraction for a short period of time from a chaotic life. A physical activity to get your heart racing but that won’t hurt your joints. An activity that transports you to both a physical and mentally different world. Water distorts and muffles the outside and leaves you with your thoughts uninterrupted. At a time where more and more people are finding the joys of open water swimming, more and more stories are being shared of how swimming is helping people through some of the most difficult parts of their lives.

Rachel got in touch with us to share her own experience of the transformative effect swimming had on her own life. After years of feeling all that was familiar for her was gradually shifting from recognition, a swimming holiday was a turning point for the better. The company, kindness and encouragement she found on her trip helped her find her sense of self again and build her confidence back in life. Below, Rachel shares her story in her own words: 2017 to 2019 had been rather difficult years for me. My brother died unexpectedly in tragic circumstances in February 2017. After that, my relationship of six years broke down and I had to move to a new house. I’m a nurse, and in September 2017, I started a new job that was so exhausting and demoralising that staff would routinely leave their shifts worn out and in tears. In April of 2018, hoping for a new start, I moved from London to Nottingham for a relationship that ended after less than two months. Apart from the obvious emotional fallout, this also meant another house move and another new job. For various reasons, I had to leave that job after six months and start all over again in another hospital; my third job in eighteen months. Whilst this was going on, I was also trying to manage the sale of my London flat from 200 miles away, and my best friend was in the process of moving to a remote part of the USA. After being friends and housemates for 17 years and seeing each other every day, it was now likely to be years before I saw her again. I felt like everything that I knew and loved was falling apart.

In March 2019, I started the process of purchasing a flat in Nottingham – something positive at last? No, as I got right up to the point of exchanging contracts only to discover that the entire building that the flat was in was leaking water and my solicitor couldn’t, in all conscience, let me go ahead with the purchase. Although this was a lucky escape in some ways, it did leave me over £1000 out of pocket. Then the bullying at work that had hitherto been nasty but low-level ramped up, culminating in me being signed off after a particularly unpleasant incident. My crime? I had had the temerity to come out as bisexual. The hospital dealt with the situation very badly and on June 27th, 2019, after a meeting with my managers – where they suggested that everything I had experienced was in my head – I had had enough. I took over two boxes of paracetamol as I just wanted everything to stop. I woke up in hospital, on a drip.

My life was only saved by a fluke, and for several weeks afterwards, I wished it hadn’t been, as I still didn’t really want to be alive. I could see no way forward, hated myself and had literally no strength left to keep on fighting.

I had booked my SwimTrek holiday to Turkey back in April. I had no intention of going on it after the suicide attempt, as my attitude was that I’d be the worst swimmer there, everyone would be awful: what was the point? My parents, however, were keen for me to go and put me off cancelling a day at a time, so that before I knew it, the departure date had come.

When I arrived, I knew no-one. It was my first SwimTrek and I was very nervous, but guides John and Eoin were very welcoming, as were the rest of the group. The next morning was the beginning of what I think is going to be a new chapter for me. It just so happened that the rest of my group were very competent swimmers (one chap was number 2 in the whole of the USA for his age division at Masters!) and actually, I was the weakest swimmer there – but to my surprise it didn’t matter! I was given SO much encouragement by not only my pink capped swimming group, but by the rest of the group too. Coming from a work environment where I had been routinely belittled, ignored and picked on, at first, I just didn’t understand this, but it finally sank in that they just wanted to help. There was nothing in it for them. They were just kind, decent people – but I believe that the atmosphere of mutual support and inclusivity was also fostered and encouraged by the SwimTrek guides and seemed to be very much part of the company ethos.

My only experience of open water swimming until that point was swimming in Hampstead Ponds and in the Serpentine. I had also swum in the sea at Nice, but always within the roped-off area. The rest of my swimming experience was pool-based, and I only knew breaststroke. To be suddenly swimming in the open sea was quite a big step up, and in addition, everyone else swam crawl. I found myself being left behind – and although no-one else minded, I felt stupid. But then John came up with a solution that was to change everything. During our lunchbreak that day, he gave me a crash course in crawl. Someone else from the group lent me a pair of fins and I was off!

On day two, I wasn’t just coping with sea swimming; I was now beginning to enjoy it too. By days three and four, I couldn’t wait to get in the water and was very proud to be able to keep up with my group. On day five, we had the ‘big’ swim – a crossing from Greece to Turkey. Even though my confidence was growing by that point, I was still worried about how I was going to manage it.

But this was the turning point. I did it. I kept up with the group for most of the swim and when I didn’t, one of the yellow capped swimmers came to swim next to me, urging me on and telling me that I could do it. Not only did I make the crossing, but I did most of it in crawl – a stroke that I had only learnt three days previously. I didn’t complete all the coastal swim following the crossing, but I swam over 4km that day – more than I’ve ever swum before, and certainly more than I’ve ever done in the sea. Something fundamentally changed for me at that point. Suddenly I felt what I hadn’t felt for the previous couple of years – a sense of achievement, a sense of self-worth and a new confidence. I left Turkey a different person, having been awarded the certificate for “Most Improved” on the last day. I laughed and joked with my fellow swimmers and the guides. I didn’t feel self-conscious and threw myself into our last two swims with an enthusiasm that would have shocked anyone who has met me over the last two years.

Although the group, Eoin and the SwimTrek “ethos” all played a big part in helping me to regain my confidence, I must place the praise squarely at the door of one man – John Lester. In his quiet, rather bluff way, he took an extremely vulnerable and frightened woman, who thoroughly expected to fail, and literally rebuilt her, brick by brick. John’s kindness to me over the week cannot be overstated. He went way, way above his professional obligations - to teach me a new stroke; to help me improve it every day; to quietly tell me I could do things when I believed I couldn’t and to be calm when I was getting flustered. Such kindness was completely unlooked for and he did not have to give me the help that he did. Although I have said this to John, in his modest and self-effacing way, I don’t think he realised just how much of an impact he has had on my swimming and on my confidence and sense of self-worth. I hope these words go some way to expressing my gratitude.

I left Turkey at the end of August [2019] having swum from Greece to Turkey, explored a sunken village, learnt a new stroke and covered around 23km in total. Eight short weeks previously, I was lying in a hospital bed, having just tried to kill myself and barely able to speak because I couldn’t express the pain I was feeling. 90% of that change was affected by SwimTrek. You have literally taken me from rock bottom and transformed me back into something approaching the woman that I was before my brother’s death. I am so profoundly grateful for that. The holiday has, I believe, quite literally saved my life and shown me a whole new avenue of things that are worth living for.

My only problem now? I don’t know which holiday to go on next, as there are so many that I would like to try. 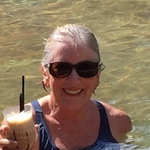 I swam with Rachel on that wonderful swim trek. She was brave, fun, enthusiastic, open and grew so much during that week. Our guides that week were just wonderful and as a group we just had fun swimming together. Thank you Rachel. 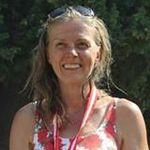 I was also on that fantastic SwimTrek week in Kas, Turkey with Rachel. It was so amazing to see her progression as a swimmer in such a short time. I sure hope to swim with her again someday! Lovely post, Rachel! Thanks for sharing it.

I want to echo the sentiments expressed by my fellow Lycian Way swimmers regarding Rachel’s post. The entire week was wonderful on so many levels. Thanks, Rachel, for sharing your story. I hope we have an opportunity to share another SwimTrek in the future. 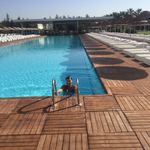