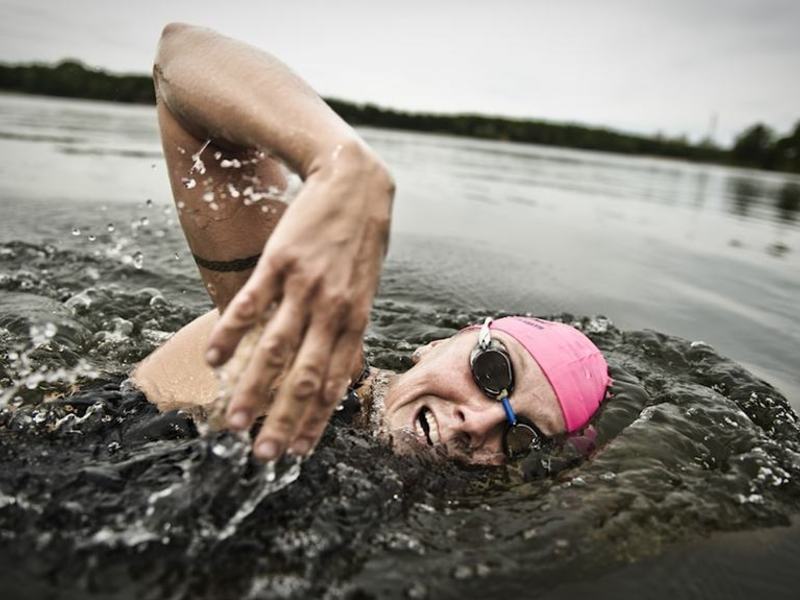 Anna has been swimming her entire life. She started out in a pool-based club at just 6 years old and has rarely strayed far from the water ever since. Her longest stints without swimming were usually during serious bouts or illness or for 3 weeks after the birth of her son, Erik. Asked to explain what it was that inspired such lifelong passion, Anna simply said – “I just love swimming”.

It was after the birth of her son that Anna began her migration to open water. She took part in a World Championship race in Copenhagen and then travelled to Dover and started her Oceans Seven journey. Between the years of 2010 to 2013, Anna took on the ultimate challenge in marathon swimming and became the first female to finish the Oceans Seven and the second person in the world to do it, after Stephen Redmond. In 2018, Anna was nominated to be included in the International Marathon Swimming Hall of Fame. In 2018, she swam 140km around the Isle of Man – overall it took over 7 days to finish. Anna also swam the length of Loch Ness in 11 hours and 37 minutes, followed by the Triple Crown and a 30km endurance swim off the coast of Antibes, France.

When we spoke to Anna, she had just finished battling through the Baltic Sea, fresh from a circumnavigation swim of 333 cumulative kilometres around the Swedish island of Öland, which is the second largest island in the country. Between July 28th and August 14th 2020, Anna set out from the southern ferry town of Färjestaden and returned there at the end of her swim, after a total of 117 hours in the water, with only one no-swim day. She encountered curious seals, flag-wielding lighthouse owners and a few navigational/GPS difficulties - watched over at all times by her father Karl-Erik Nordin, who led the ground support crew. 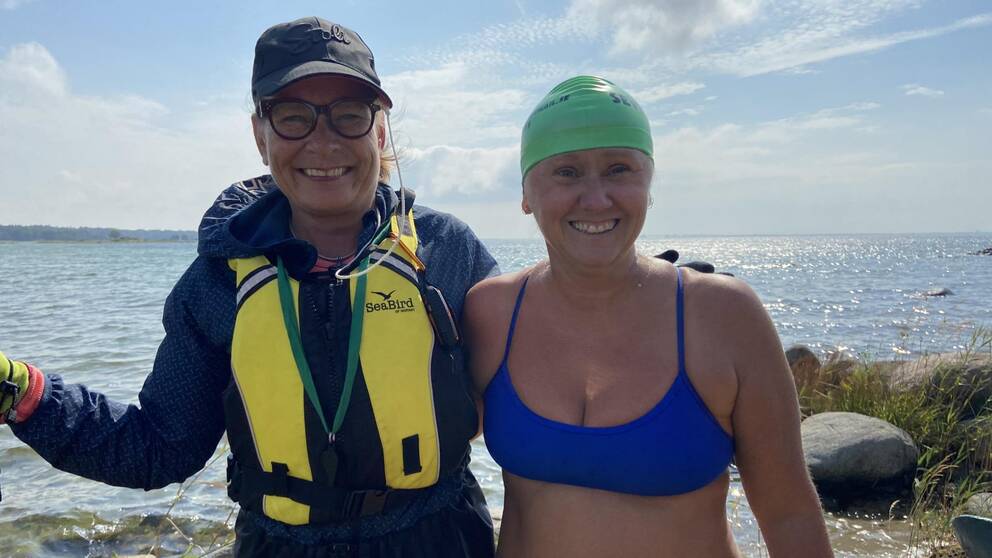 SwimTrek (ST): In August, you swam 333 kilometres in 32 stages around the Swedish island of Öland. What drew you to that part of the world in particular?

Anna-Carin (AC): Because of _Corona I thought I’d do some big swim here in Sweden. Three years ago when I swam around Isle of Man, my kayaker said: ‘Anna, come do a swim around Öland, in Sweden’. I said: ‘Yeah, I could do that.’ He was planning to come to Sweden to kayak for me, but he got stuck on the Isle of Man. So, I asked a friend of mine to help me out._

ST: So you had one kayaker with you the whole way?

AC: Yeah, most of the time – if you have your phone with GPS system, you have a map. And yet, after roughly 250 kilometres, I told [my kayaker] I wanted to go on alone. The rest of the swim I did with my father, this couple we met on Öland and another swimming friend of mine. So they were on the shore. And we had done marks where they should stand and they were there. So, when I got there they just waved to me and I could just continue.

ST: You set out to swim 20 kilometres a day – what was one of the main difficulties you had when it came to planning your swim?

AC: I didn’t have any difficulties with planning… my kayaker was most of the time behind me and had difficulty with mapping the course – that was tough.

ST: Could you always see the coast?

AC: Ah yeah – when I was swimming by myself, I told my father I’m going to be so close that I can see the bottom. So, I won't be any further out because I have to be safe and I had this buoy that normally I never swim with, and I have my GPS and I have my phone in it.

AC: Not much of currents, but there was quite a lot of wind. We had a little push when we were going up North, from behind. We don’t have much of currents here in Sweden.

ST: Is Öland an island you know well?

AC: No I have never been there. I saw everything from the water and my father he had fun on the land and all the little roads.

ST: And your dad was part of your support group – did he offer any words of advice or encouragement before you started?

AC: No, my father he just has to be there for me. He doesn’t have to say anything. He’s there: that’s good enough for me.

ST: It’s good to have family there – what was your best day in the water?

AC: The best day was when I was getting to a lighthouse where there was a former swimming club friend of mine – he is running the lighthouse. So when I was arriving, he was up in the lighthouse with a Swedish flag. It was so great. And it was the same when I was going to leave – he was out there, saying: “bye, bye!”

ST: That’s great! And did you did you meet any wildlife during your swim?

AC: Oh, it was just seals – a lot of seals. They were just curious. 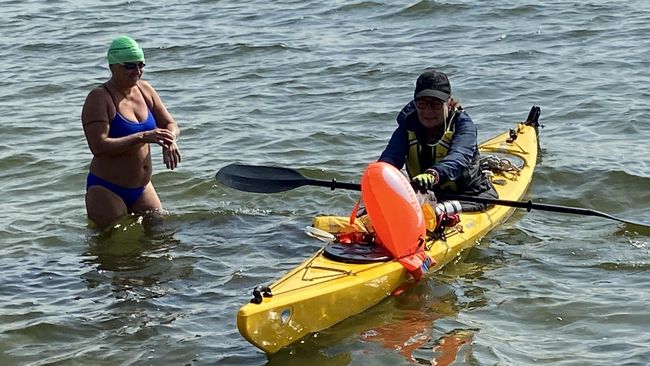 ST: And do you have any plans for next swim, or just recovery time? I suppose Covid makes it very difficult.

AC: I just got an idea when you contacted me. I thought, could I not do the Thames? I could go with a kayaker beside me and I do a bit every day – I don’t know about the currents though… Then one of your guides will have swum the Thames!

There was a former swimming club friend of mine – he is running the lighthouse. So when I was arriving, he was up in the lighthouse with a Swedish flag. It was so great.

To find out more about the open water experts who support our SwimTrek trips, you can visit our Guide Section…