One of the most common questions we’re asked is: ‘How good a swimmer do I need to be to go on a trip?’ The truth is, we have trips for all abilities (check out our Short Swims options) and even non-swimmers can get a kick out of riding boats, taking local walks, sightseeing and maybe even hopping in for a buoyant snorkel.

At one end of the scale, we have our newbies – out for the fun of it and ideally looking to meet like-minded travellers, while escaping to a fantastic location (some sun doesn’t go amiss either!). At the other end, we have sea-hardened merpeople, who you readily assume must’ve descended from fish. Usually, they've just signed up for an upcoming 10k+ endurance event - ready to refine their technique and put the miles in at sea in varying conditions. It helps to have others in the water who are training as well. Of course, nothing beats swimming alongside someone who you can pace and share the experience with.

'We’re talking to all of you. There’s nothing like having a big event on the horizon to get you stuck into your training...' 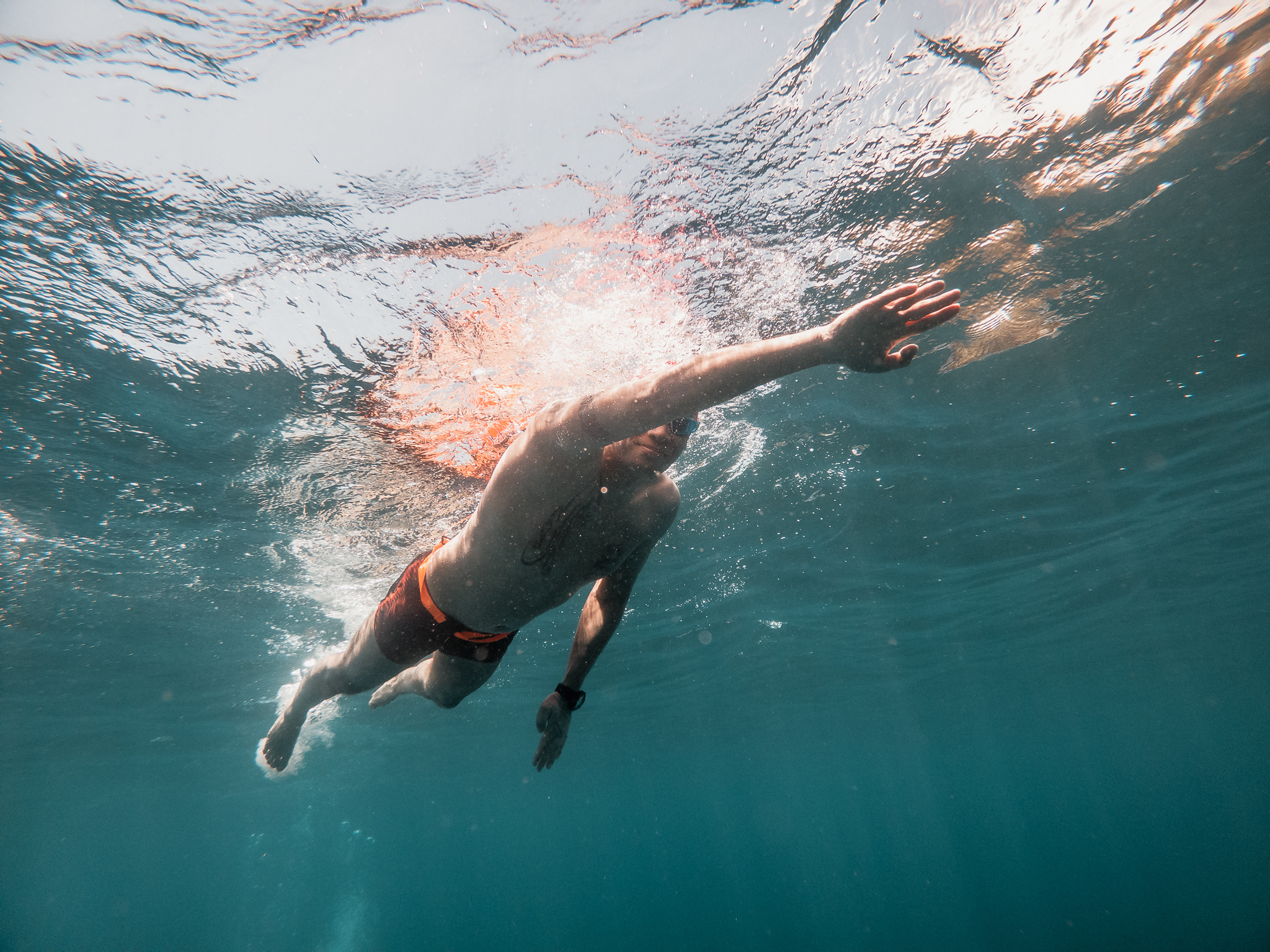 In this blog, you might think we’re only talking to those already at the fish-descendent end of our scale. In fact, we’re talking to all of you. There’s nothing like having a big event on the horizon to get you stuck into your training. Nerves are very healthy after all. They help to hone our discipline and encourage us to focus more intently on whatever it is we’re doing. And, it’s not like all these feats below will take hours and hours to accomplish. Some of these swims are very realistic targets for newcomers - even those who’ve only just fallen in love with open water.

To learn more about how to prepare for these events, explore our list of expertly-guided courses and Coaching Camps:

Now, fasten your goggles tight and take a deep breath... it’s time to plunge into our 30 Epic Events For Marathon Swimmers:

For the most elite open water swimmers, the Oceans Seven is a marathon swimming challenge consisting of seven gruelling channel swims - similar to the Seven Summits for mountaineers, which are the tallest mountains in each of the seven continents:

For US Masters Swimmers

US Masters is a national non-profit for around 65,000 Masters swimmers with memberships. There are 52 Local Masters Swimming Committees and 1,500 Masters swimming clubs. Members enjoy sanctioned events, insurance and other exclusive material. The organisation will contest five open water national championships in 2023:

Arguably, these are the best-known lake swims in the world, with vast bodies of clear water and the kind of scree-scarred scenery and forests that make the hours slide smoothly by:

Get ready to roam rivers, bays and island coastlines! These epic open water races stand out as much for what's in the water as for the iconic landmarks that surround you:

This iconic selection of UK-based events is now run by Level Water under their new Swim Collective banner, alongside the Bantham Boomerang and Hurly Burly:

Training for a challenge next summer? Take a look at our recent Get Race Ready blog to learn more...