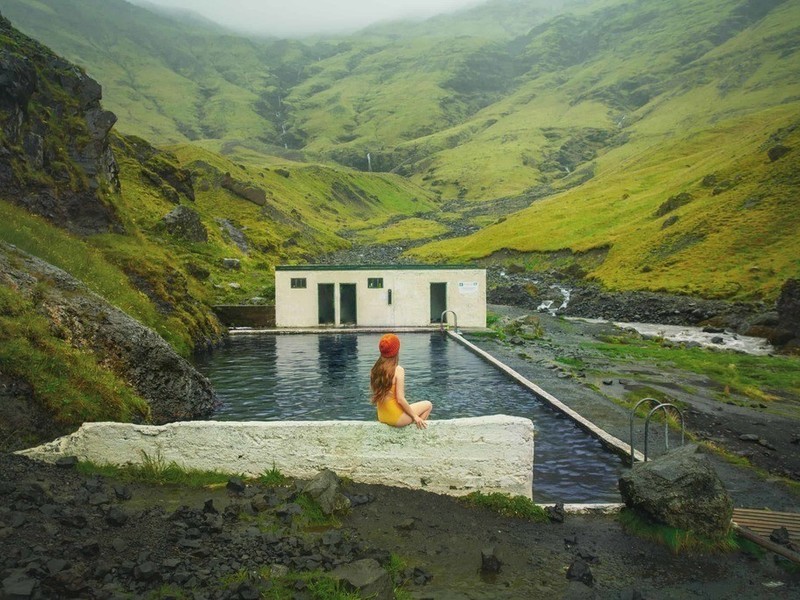 10 Waters That Will Give You Chills

Halloween had us asking ourselves – where are the world’s scariest waters?

Haunted pools. Predator-roamed coastlines. Current-filled sinkholes. Where in the world isn’t it safe to swim? And what do conditions have to be like to put off the hardiest of open water enthusiasts?

At the same time, we didn’t want to totally spoil the fun, so we’ve thrown a few ‘swimmables’ in for good measure. Though mostly these are bubbling haunts we absolutely wouldn’t recommend leaping into. Places where the grip of Charles Sprawson’s Black Masseur would leave most of us scrambling for the shore.

We’ve marked the most dangerous 'unswimmables' with an asterisk* They call them the Devil’s Pools, located in Babinda, North Queensland. There’s a sign on entry with explicit warnings stating ‘this creek has claimed many lives’. It’s often cited as Australia’s most haunted body of water, with strange ‘washing machine’ currents that swirl in the deep natural pool and rush into fast-flowing rock chutes – a confluence of three streams crammed into a turbulent cauldron, among a huddle of boulders and overhanging rock.

The waters here have claimed over 17 swimmers. And it’s also the source of a local Aboriginal legend told by the indigenous Yindinji tribe. They describe a young Yindinji woman called Oolana, who was promised to a tribal elder, but fell in love with a young warrior, Dyga, from another tribe. Together Yindinji and Oolana fled their tribes and escaped into the wilderness. Though they were pursued by the elders, who caught the couple and dragged Dyga away with them. In her despair, Oolana threw herself into the Devil’s Pools. It was said that her cries created the torrents and that local young men would later encounter Oolana’s spirit and be wrenched down to their untimely deaths. 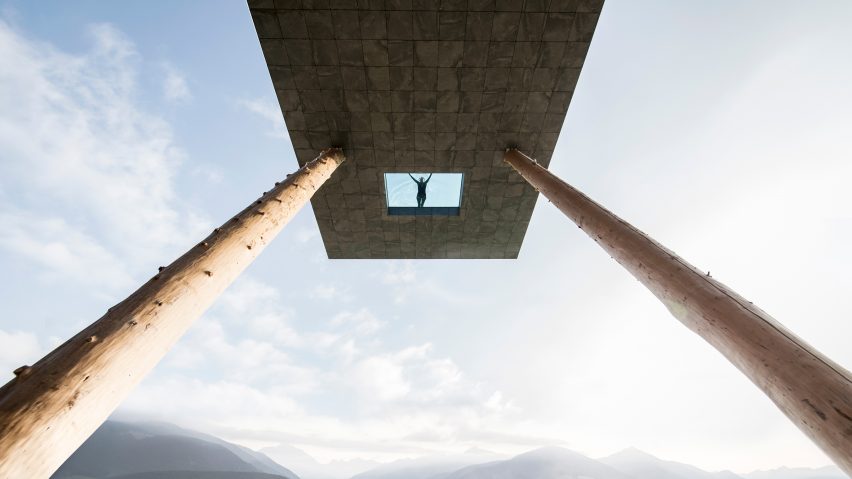 No ghost stories with this one – just a 40-foot high glass-bottomed pool that could very well provide some of the scariest lengths in the world. This Italian wellness resort, Hotel Hubertus, has a cantilevered 82-foot freshwater pool, which juts out and overhangs the ground below. It sits perched on strong larch trunks, with views of the surrounding Dolomite Mountains. It was built by an architectural studio called Noa, with a glass side and glass floor that doubles as a vertigo-inducing window. 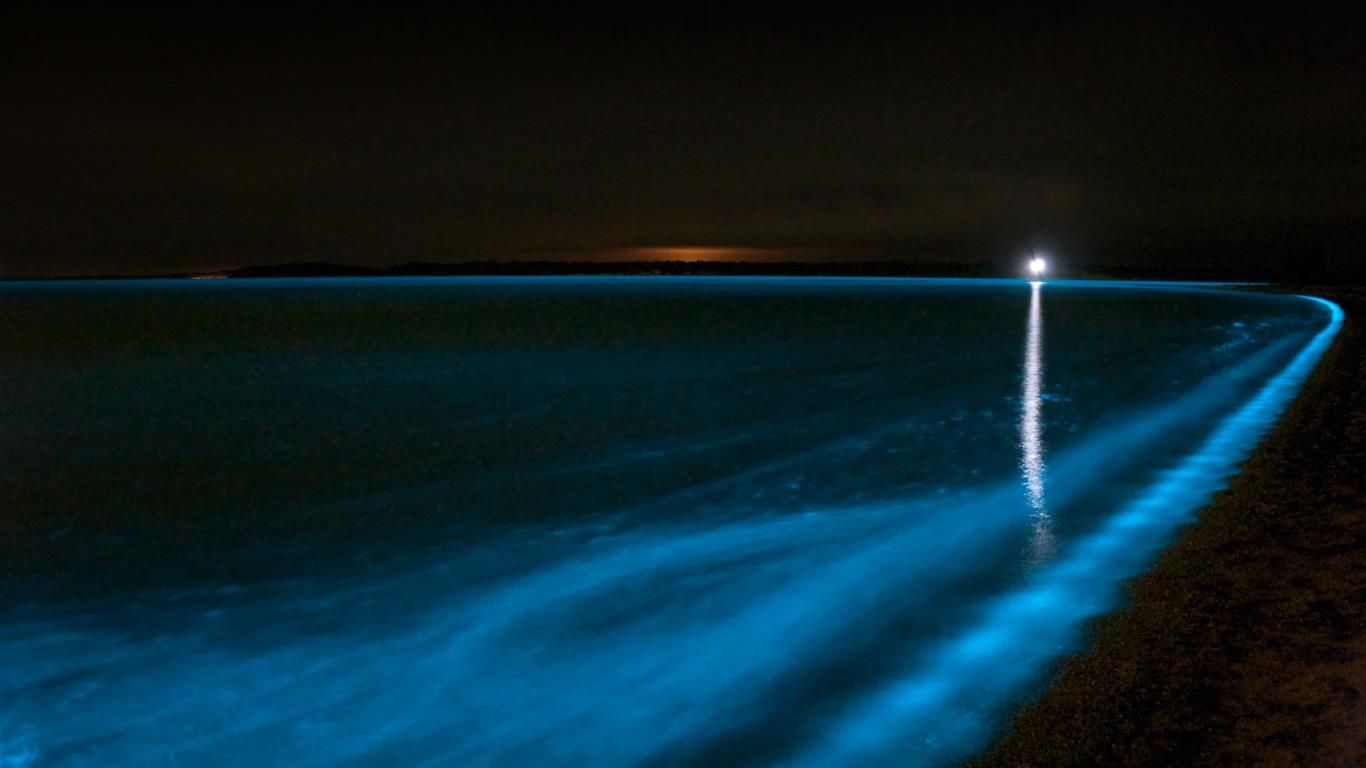 This one’s safe for swimmers and only likely to give you the good kind of shivers. At night, Australia’s Gippsland Lakes hosts a haunting natural phenomenon enhanced by bushfires and floods, which combine to provide the perfect conditions for plankton habitation. Head in for a spot of night dipping and prepare for an immersive lightshow, swimming in a bioluminescent soup of countless different colours. 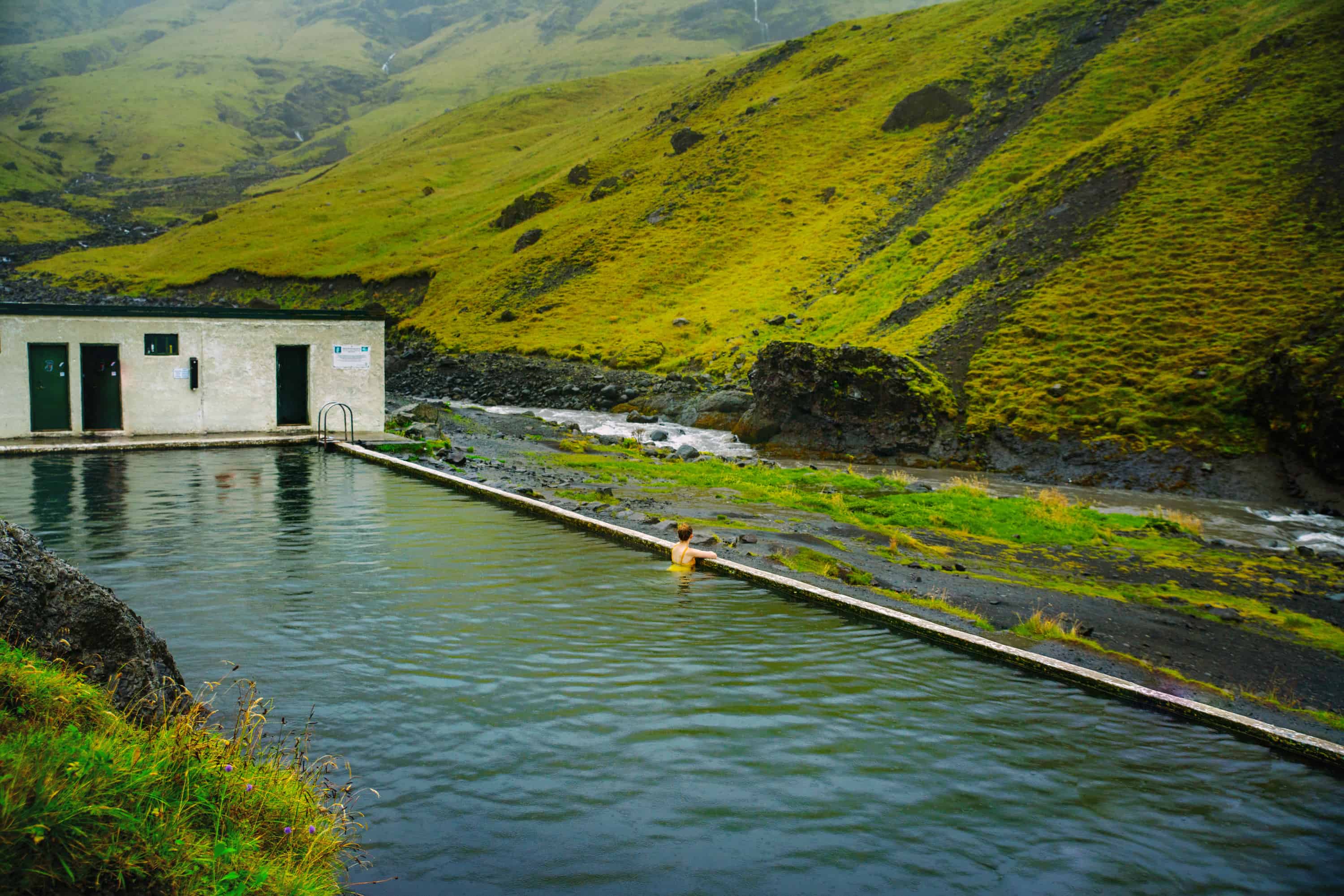 Here’s your very own Fortress of Solitude – one of Iceland’s oldest outdoor pools, found on the mountain slopes near Ásólfsskáli. It’s about as remote as a pool could be, tucked away in the snowy clench of the encroaching ranges. A geothermal treasure with warm waters and total serenity. So, you can happily kick back and bask in the primordial wilderness around you. 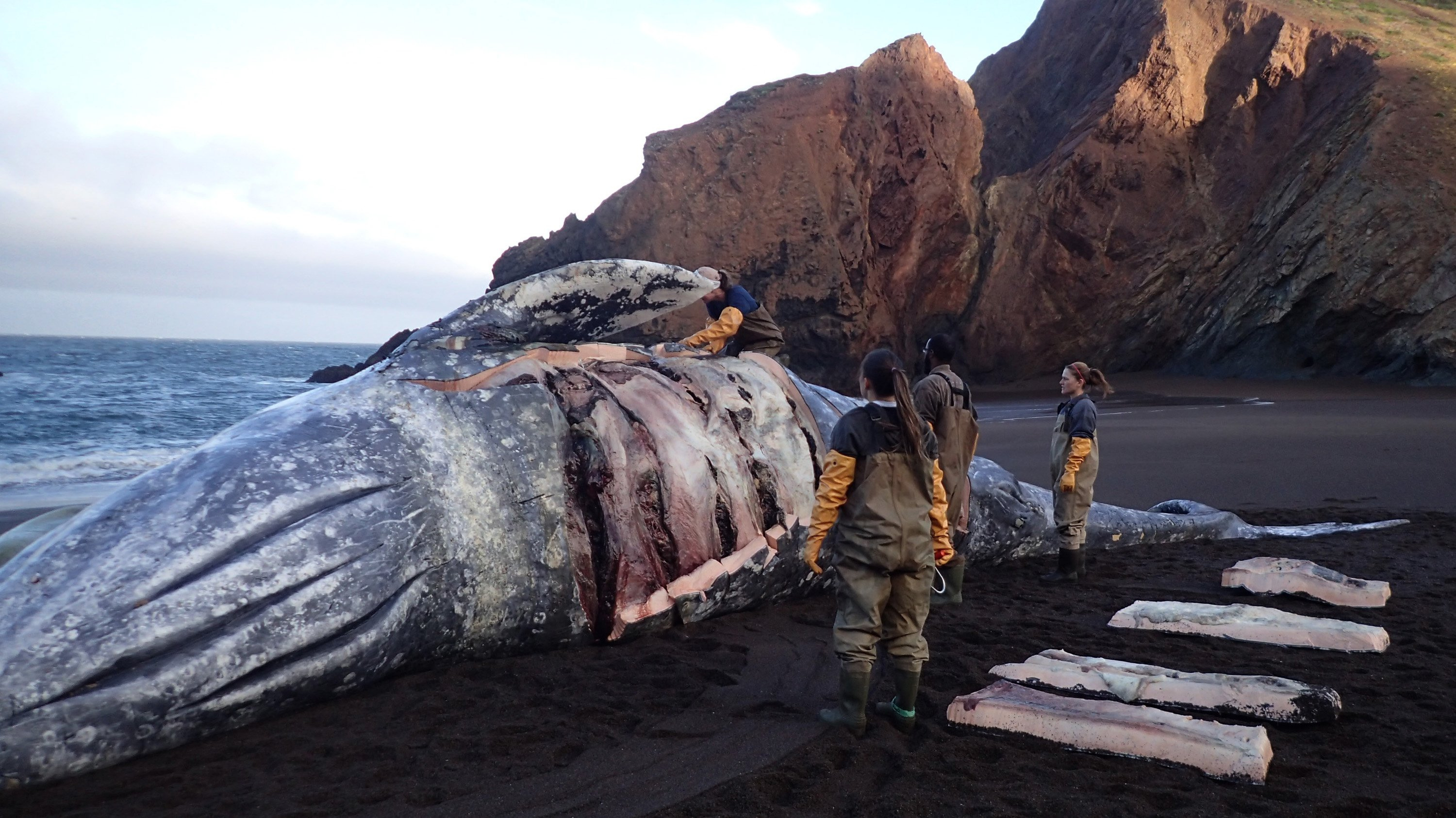 Again, not one for swimmers – the resident sea lions have a hard enough time in ‘The Red Triangle’ of Bolinas Beach, California. The latest casting sessions for unending Jaws sequels take place here, in this warm coastal stretch where 38% of all recorded great white shark attacks have occurred. It's on this beach that washed-up fin whale carcasses are often found, like the one pictured above. Recently a 79-foot female blue whale also appeared slumped on these sands one Friday morning.

The world’s strongest tidal current can be found in the gurgling maw of the Saltstraumen maelstrom. Whirlpools form in this narrow strait that runs like a sinew between outer Saltenfjord and Skjerstadfjord. Every six hours, 400 million cubic metres of water rushes into this 150 metre wide channel and the mighty currents are hurled into motion, creating a saline soup teeming with wildlife, including cod, halibut and jellyfish.

The legend of Manzanita Beach dates back to the 16th century when Spanish sailors were shipwrecked and washed-up and spat out half-dead on the shore. It was said that the sailors carried a chest of gold and they were on a mission to bury and hide it. In the process they murdered a man, and perhaps several others, before burying their bodies with the chest. Tales now surround the area of phantom cairns that mysteriously appear at night – piles of stones supposedly built by the ghosts of the men the sailors murdered. 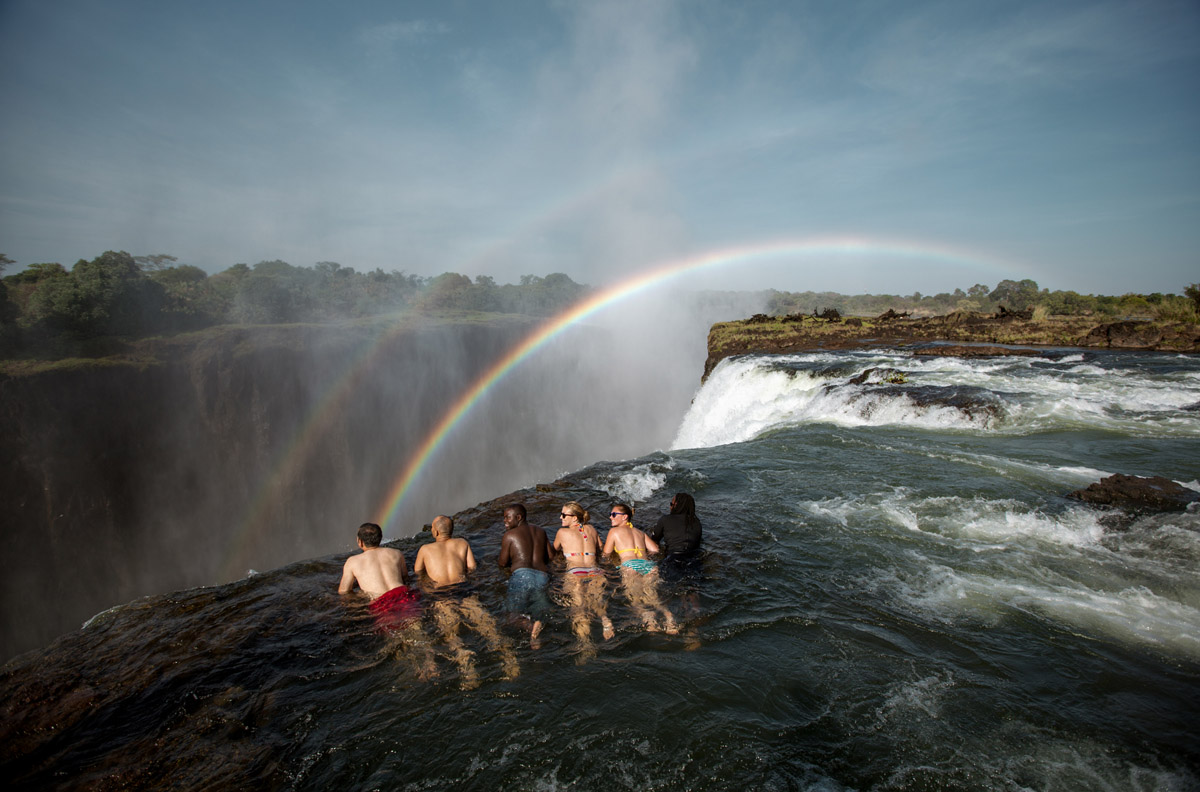 More Devil’s Pools for daring bathers, only this time we’re off to Victoria Falls in Zambia. Here you’ll discover a small pool at the waterfall edge, before the fast-flowing currents plummet 108-metres over the lip. Most of the year the water is far too strong, but the water level drops in the summer months and the pools shallow. So, tourists sometimes sit and bathe and peer over the edge at the immense curtains of water and mist sweeping far below. 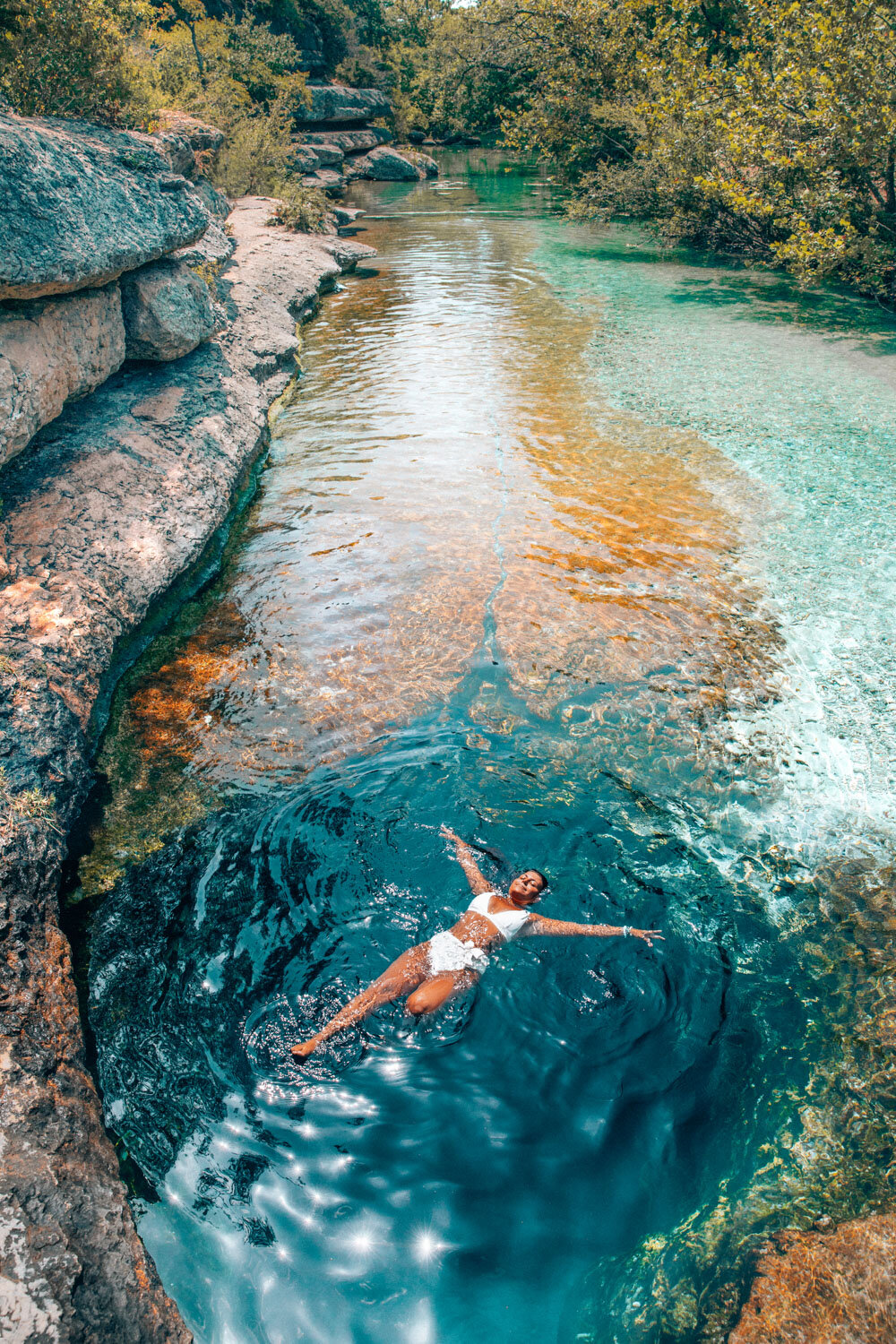 Freedivers occasionally descend into this 30-foot well with a 13-foot wide mouth. The depths disappear into blackness down a sheer drop, encircled by rock walls, which is fed naturally by spring water. It’s irresistible to a lot of Texan locals and tourists in the summer months. Though there are dangerous tunnels far beneath the surface and clinging currents tear into a network of subterranean caves and holes at the bottom of the well. As many as eight people have tragically died here. Most dive too deep and lose their way in the disorientating caverns.

Named by pioneering explorer Jacques Cousteau as one of his all-time favourite places to dive. This spot in Belize is enchanting and pretty terrifying too. Swimmers cut a path over it, threading bubbles across the surface like insects flitting over a leviathan’s lidless eye. You can peer down as you cross the 984 width, looking into an ocean hole that falls 4100 feet into the Earth’s crust. It’s crowded with reef sharks, turtles and huge corals. It’s also the world’s deepest submerged sinkhole, with dangerous tides and swirling vortexes that spin down to extreme depths. It’s believed that the Blue Hole formed during the last Ice Age, 14,000 years ago.

Still in the mood for a swim? We have a selection of much safer (and less haunted) spots reachable through our expertly guided holidays! Explore your options for 2021 here.

How about the Bay of Fundy in Canada's Maritimes - Wikipedia says "In one 12-hour tidal cycle, about 100 billion tonnes (110,000,000,000 short tons) of water flows in and out of the bay, which is twice as much as the combined total flow of all the rivers of the world over the same period.[3] " Swimming not recommended! :)


posted over 1 year ago