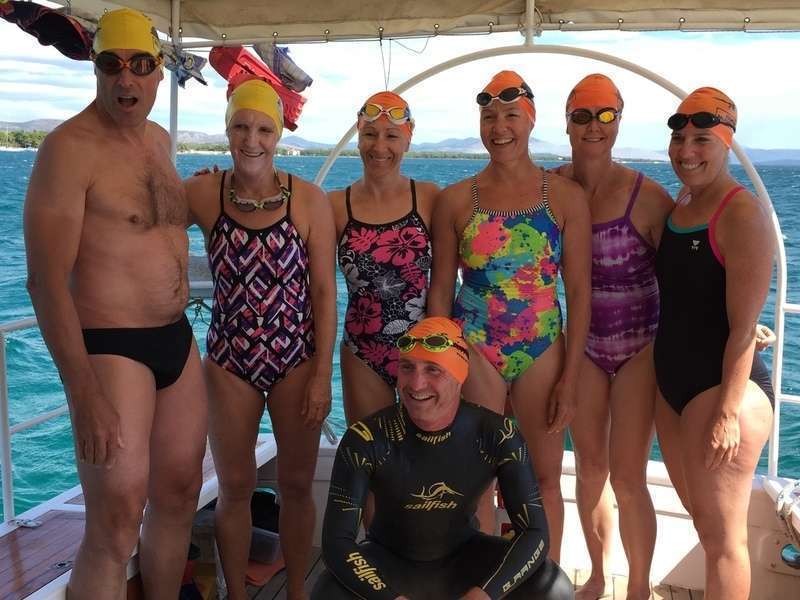 Weather gods aren't really playing fair. Wind is up and spoiling our options. But never fear, we set off after breakfast, all rugged up and with wet weather gear on, to ward off the spray. Headed towards Sibenik and as we rounded the shelter of Prvic Luka the fun began. Tom, our trusted skipper, did a great job of keeping us on a good course past Otak Lupac and St Nicholas Fortress, built in 1544 and it kept the marine approach protected, although the Turks never come close enough to threaten. Into the Sibenik Canal and a sheltered cove. Instructions were to hug the coastline and keep in our groups. The first group got going and then, a few minutes later, the rest. We swam opposite the tunnel 'Hitler's Eye's' called this by Sibenik's, a "souvenir" of short-term German occupation in World War II. If the sea had been calmer, we would have swum through these. Safer to stick to the leeward side and enjoy the calmer water. We did a 45 minute swim, wind assisted, but still a good challenge avoiding fishermen, snorkellers, windsurfers, yachts and boats! Great traffic control from Trish and Soarla, with Tom keeping a beady eye on us from a distance. We lost a few hats overboard today! Not many were rescued! Viki's shoulder is starting to remember it's age and she has decided to nurse it for the rest of the day! Into Sibenik for lunch. Another healthy and filling meal put on by the girls! We then had 2 hours to explore the town. A walk up to some fountains to check out the Terrapins, across through the pedestrian walks to St James Cathedral. This is a World Heritage site, construction started in 1431 and took one hundred years. It has amazing sculptures of 71 heads around the exterior walls at the rear of the building and the most beautiful lion sculptures next to statues of Adam and Eve! Really quite spectacular. Lozza, Mary and a few others walked up to the first fort in search of some Game of Thrones backdrops. Not much luck finding any, however, a few possibilities for the stairway used in Cersei's Walk of Shame.

Back onto the boat to look for some calm waters for our afternoon swim. Half the swimmers chose not to take to the water, it was left to the 'Magnificent Seven' (Lorraine, Richard, Mary J, Stephanie, Lisa, Teresa and Nicolas) to do it for the team! The swim was along past the city beach, through a few designated swim areas and finishing off at a diving block in the middle of the water. It stands a few metres out of the water and there were a few victory poses done on the platform. Nic divided off, brave man but he did hurt his shoulder in the attempt. The warm drinks on board were a real treat. It seems the water wasn't only a little more testy than usual but rather fresh.

While in town, we had noticed a large fire on the outskirts of Sibenik. This was being water bombed by three planes. They were picking up water from the sea net to where our afternoon swim was. Very interesting to watch them come down, fill up their pontoons and then head back to the fire. Must have been scary for the swimmers at water level, seeing these things roaring towards them. Sadly, their wasn't much impact on the fire. Hopefully it will be all over today. Back to Prvic Luka wasn't as challenging as the ride out but think most people were happy about the prospect of a warm shower. There were a few in line for their massages, Mary came out from hers looking extremely relaxed. A free evening for meals, so off we went to try somewhere new. Restaurant Punta, on the waters edge, provided a really good meal. Enjoyed, watching the setting sun. Needed something sweet to end the day and discovered the hot chocolate at Hotel Maestral - to die for! A fabulous end to another great day! 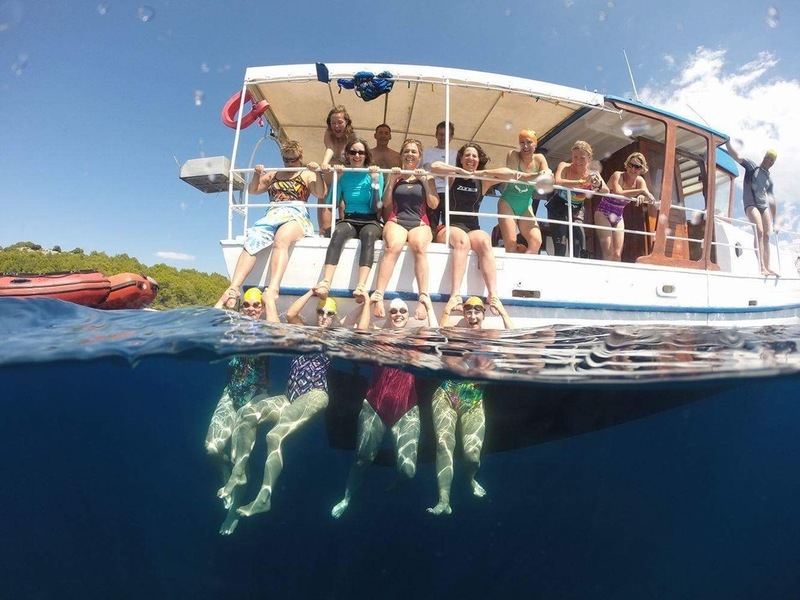 By Viki Shelver, over 5 years ago
A beautiful day, slight breeze but calm seas and sunshine. Nic's family had arrived yesterday and with his sore shoulder, he decided to have a rest day. We headed out of the harbour towards Otak Zmajan. After a 40 minute journey we arrived at our starting point. Lovely calm water although a... 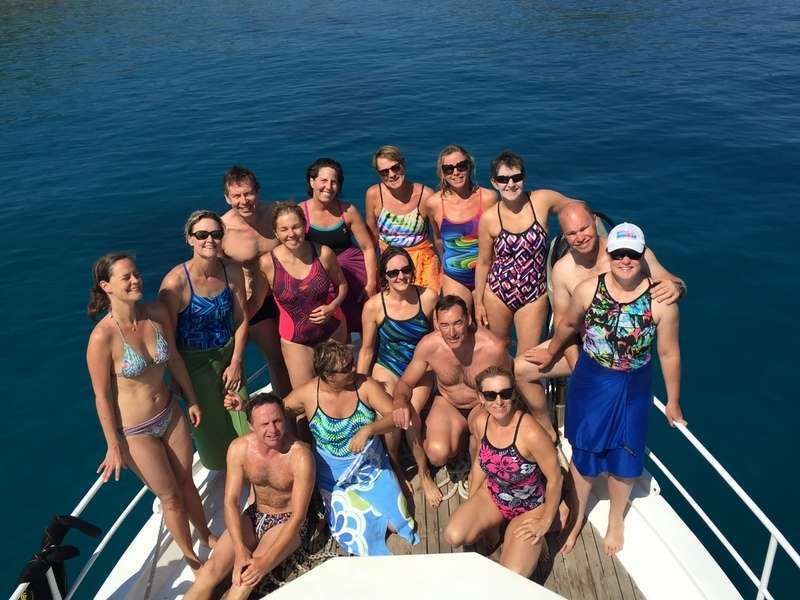 By Viki Shelver, over 5 years ago
Cracker day for our last big swim day! On the boat by 8.45am and off we went into the smoothest of seas to date. A 40 minute ride took us around to the other side of Otok Zmajan. Crystal clear water, as smooth as glass, had everyone rearing to go. Trish gave the team a few sighting tips and the... 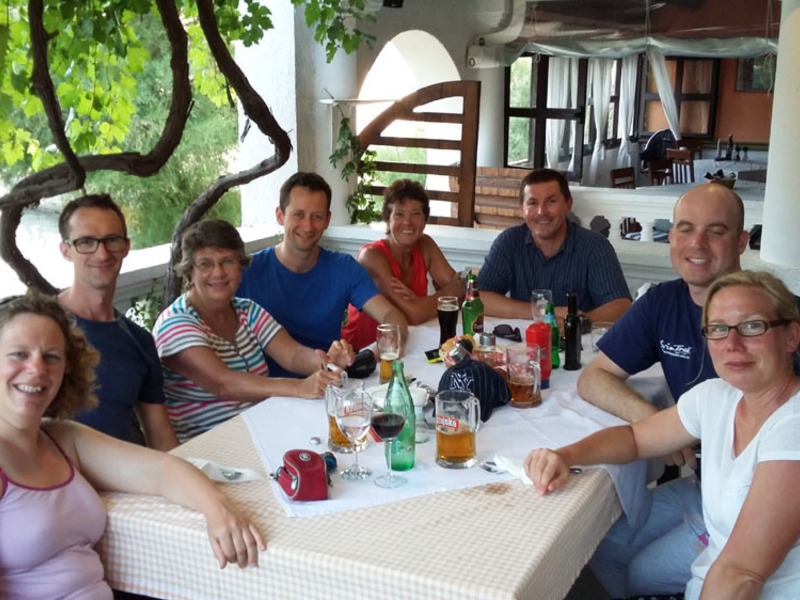 Friendships and Swims on the Croatian Dalmatian Coast

By Dawn Rode, over 5 years ago (2 comments)
I am not just passionate about Croatia – I am passionate about SWIMMING and wherever there is water, I want to be there. Croatia was just the “cherry on the top”! I discovered SwimTrek’s website and decided that my first trip overseas was going to be the Croatia Dalmatian Coast. What could be... 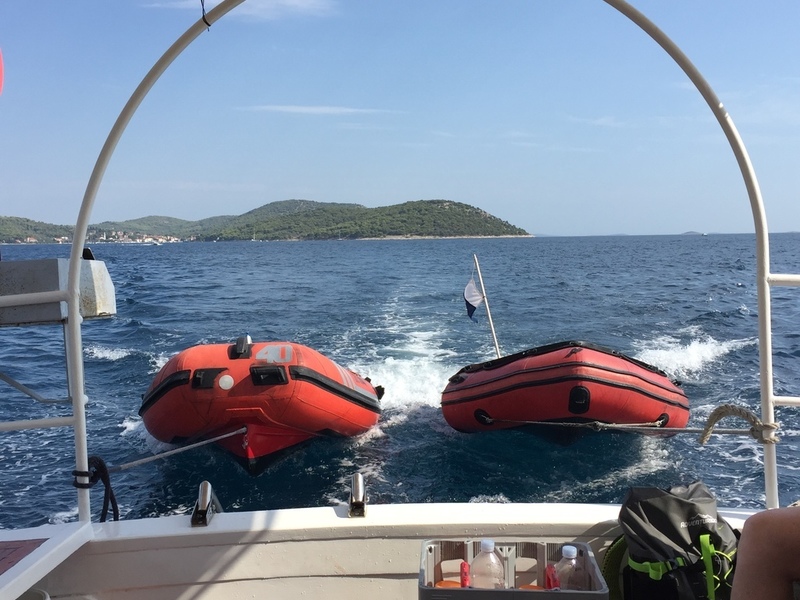 First formal day of my SwimTrek adventure in Croatia!

By Viki Shelver, over 5 years ago
It's the first day and all swimmers gathered at the end of the jetty after breakfast. Our guides, Trish and Soarla, were at the boat - Mia - with the captain, Tom. Everyone seemed pretty excited to get going. We headed across to Zlarin for the start of our swimming. We were divided up into 2...