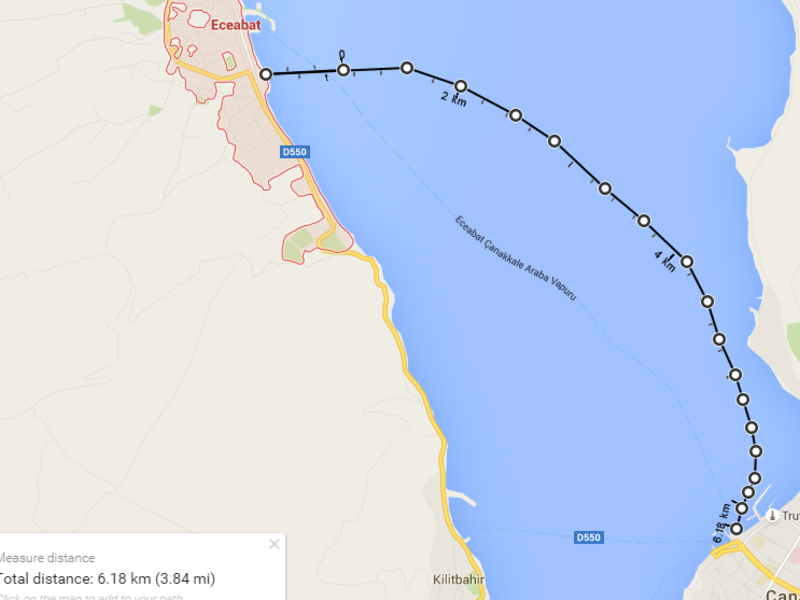 The Hellespont swim was something I really wanted to try for a while. The classical story of Hero and Leander, Lord Byron and the warm water made it the ideal choice. I had done a few 5km pool swims a few years back and one leg of a triathlon (which I turned up for in board shorts) but that was it. At 47 it had to be worth a shot.

Also I wanted to do something for Great Ormond Street so decided to raise money for a good cause at the same time. In the end raising over £2,000 (not conditional on success I hasten to add)

Researching the Hellespont swim suggested that a minimum speed was needed to get across the current but the distances seemed viable - the risk looked to be the time of 90 minutes - but possible. There were some scary stories out there on the web but just assumed these were a bit of a wind up.

My local pool is 20m so decided to train for the 3-4 months leading up to the race, freestyle only, getting to 2-3 km distances and on a Greek beach holiday swam in the sea to approximate distances of 3km 3 times.

So far so good. Getting a bit nervous before the trip I thought it might be worth plotting out the distance on Google Earth - it was coming out at about 6km depending on the route. Can't be right.

Fast forward to standing on the shore in Eceabat looking across at the swim having had 6 hours of scare stories on the coach - what the hell have I done ? It looked like a massive undertaking which seemed to take 20 minutes on the ferry (along the same route) which itself was fighting the strong current.

The Swimtrek team made the point very clearly that the swim "line" taken by the swimmers would dictate success or failure. Too direct a route unless a very strong swimmer would result in being swept past the finish - too conservative and you might not get in in time. If the weather was very bad (more than Force 6 from the North East) the swim would not be viable at all.

During the practice swim managed to get very bad cramp so I could not stand up - but sitting on the beach was not really an issue.

Many of the keen open water swimmers also kept saying that goggles could be ripped off etc so I found myself on the crossing to the start with an extra pair of goggles, voltarol for my cramped leg and a general sense of naked terror. I had decided to take an ultra conservative line as the organisers had decided to extend the time to 1 hour 45 minutes due to forecast conditions. Given my cramp I had also decided to use my legs very little.

Tucking the extra pair of goggles into my trunks as the starting gun went off we all stampeded into the water my eyes riveted to the initial marker - the 2nd cut to the left of the TV tower. I had written directional reminders to myself in waterproof marker on my arm to the amusement of Phil my fellow swimmer.

Once into the water it was a great feeling to be on the way and the conditions were kinder than forecast. Surprisingly for most of the swim you are alone in the water and I had decided to track some of the boats on the left hand side for guidance. Time passes in a weird way and as I did not have a watch on it was impossible to know how it was going but gradually the various turkish flags came into view and clearly the fastest part of the current had been crossed. Heading on a ultra conservative line I was sometimes ushered to the right by the turkish fishermen and away from the turkish navy warship (I did get a touch which seemed to cause a bit of general whistle blowing by the sailors on board) but then the best view ever - the steps of the finish line - maybe I would make it after all. I had been bumped around a bit in the counter current but nothing outrageous.

And then you arrive - my hands had been grazing the floor I was so close to the shore. Unbelievable and I was thrilled with a time of 1 hour 16 mins but much more with the simple fact of completing the swim. Interestingly the certificate shows a distance of 6.5km which tells you how fast the current is.

For any other open water virgins thinking of taking this on my key points would be these;

That said, for me completing the Hellespont swim was one of the best experiences I have had, so roll the dice and go for it.