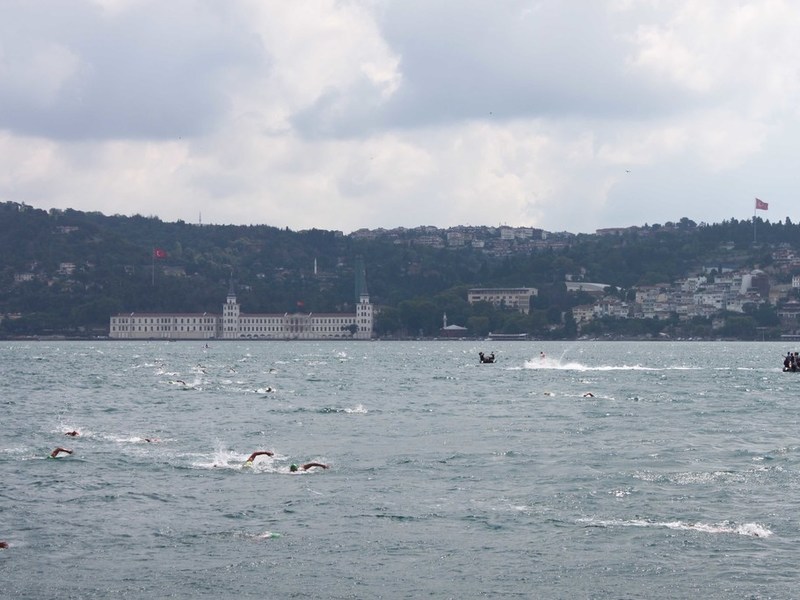 The world's narrowest strait used for international navigation, the Bosphorus strikes though the centre of Istanbul and connects the Black Sea with the Sea of Marmara.

Organised by the Turkish Olympic Committee, the Bosphorus Cross-Continental Swimming Race brings swimmers from around the world to compete in its 6½km current assisted swim.

Simon Murie, SwimTrek’s founder also participated in the swim this year and has this advice for any prospective swimmers “It’s a relatively straightforward course and keeping in the middle of the strait is the wisest advice where the currents are strongest. Avoid going near to either coast where the back currents can literally keep you stagnated.”

A couple of the swimmers who came through SwimTrek to undertake the Bosphorus swim was Pippa Middleton and her brother James. ‘’Nothing feels better when you cross that finish line – the sense of achievement, a sense of adventure and most of all, a sense of success’’ (Pippa Middleton, 2014, Hello Magazine)

Simon goes on to say “We held an acclimatisation swim in the Bosphorus a day earlier which proved invaluablefor everyone to get accustomed to the temperature and conditions within the strait. We were also on hand to give coaching advice and any last minute technique tips.”

While it doesn’t have the heritage and history of the Hellespont Cross-Continental Swim, the Bosphorus swim has the attraction of Istanbul’s skyline as you swim literally swim down the strait, ably assisted by a relatively strong current.

This year SwimTrek has an allocation of 200 guaranteed places which will be sure to fill up fast as it’s the only way to guarantee your entry and to avoid the organisers’ ballot which selects a fixed number of swimmers closer to the race date. For more informations visit our webpage: Bosphorus Cross Continental Swim