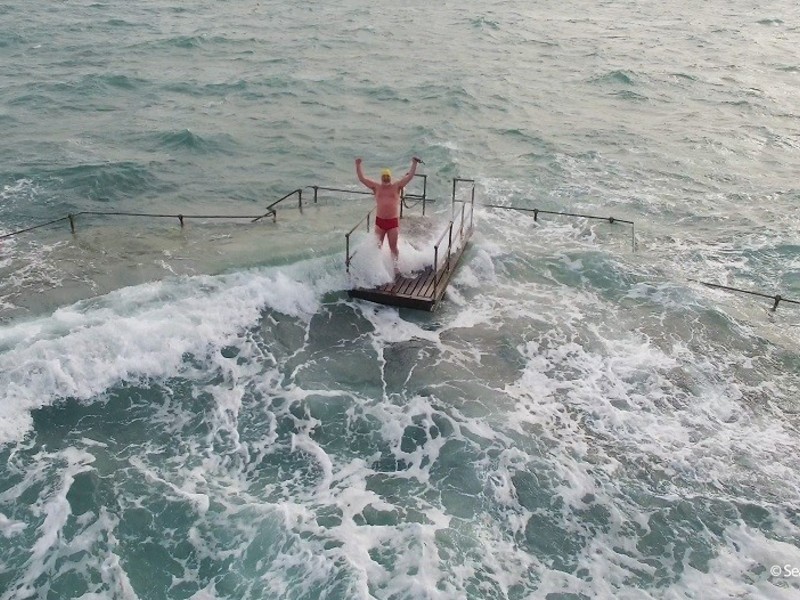 Six Widths in a Yellow Cap

Five years ago I stepped outside my comfort zone for the first time in forever.

I agreed to accompany two fabulous open water swimmer friends of mine (Roger Allsopp and Regina Luxon) on something called a “Swim Trek holiday”.

This particular Swim Trek holiday was a long distance training camp designed for those preparing for marathon swims.

We were there because Roger was preparing for his attempt to become the (then) oldest person to swim the English Channel at over 70 years’ old. It was only my second season in the open water and I found myself worrying about the training camp. Would I be able to keep up with everyone else? Would I be able to complete the distances we were expected to swim? Was I setting myself up for a fall?

My fears were completely unfounded. Rather than facing a competitive situation, I found myself an inclusive situation where everyone, from the Swim Trek guides, to the other Swim Trek holidaymakers, to the staff at the carefully selected hotel we were staying in, endeavoured to create a supportive learning environment.

And it was in that supportive learning environment that I began to learn my marathon swimming tradecraft from the Swim Trek guides, Cliff Golding, Andy Williams and Mia Russell. They provided tuition ranging from the administrative (i.e. the process for obtaining a channel swim slot), through the practical (i.e. swim technique, feed technique, swim kit, and crew selection and management) to the psychological (i.e. anticipating the tough points on a swim, how to deal with them) and the medical (i.e. hypothermia – how to recognise and deal with it).

This tuition was not academic, but borne from the often hard won experiences of the Swim Trek guides themselves.

Looking back now, with six of the Oceans Seven swims behind me, I realise just how accurate, and how valuable, that tuition was.

But it wasn’t just the Swim Trek tuition that stayed with me, because on that holiday I was given a yellow swimming cap bearing the words “Ferries are for Wimps”. In a strange way that yellow cap became the embodiment of the empowerment I came away from the holiday with. And an expression of how I would face the challenge I had set myself – the Oceans Seven. But my feet remain firmly on the ground. Upon returning from my recent Tsugaru Strait swim, one of the wonderful ladies at my disability swimming group said: “I don’t know what all the fuss is about – he only swam one width”. I most whole-heartedly concur! That said, I’d like to make it seven widths in a yellow cap … .

Adrian Sarchet is the subject of an open water swimming documentary entitled “Sea Donkey” about his North Channel swim (from Ireland to Scotland) which is scheduled for on-line streaming and DVD/Blu-ray release this autumn.