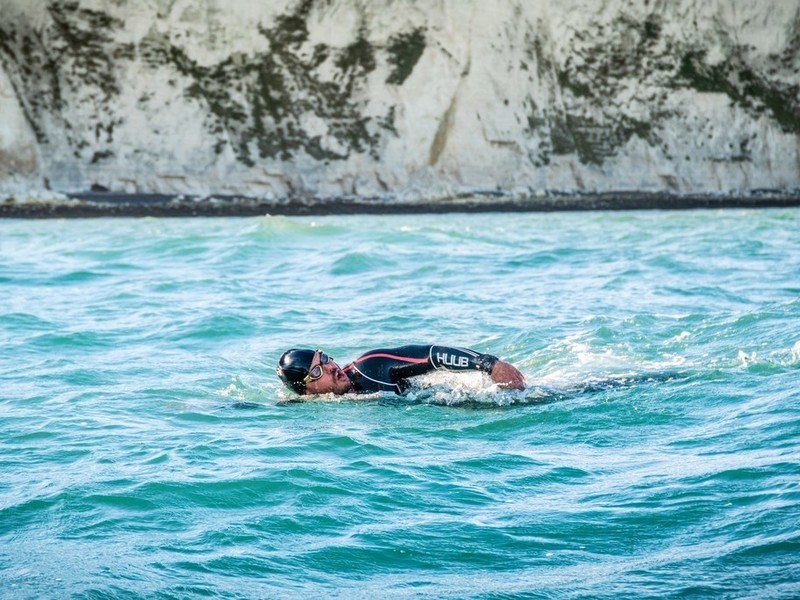 On the edge of success; Ross Edgley closes in on his Great British Swim

The thought of swimming an English Channel crossing is a mammoth task for even the most accomplished open water swimmers, so imagine swimming that distance every day. For months on end. This was Ross Edgley’s course as he took on the monumental challenge of swimming the entirety of the British Isles in his Great British Swim. From starting his journey over 150 days ago in June to its close now within touching distance on November 4th, Ross has smashed incredible records the whole way, including the world record for swimming from Lands End to John O’Groats and the world’s longest staged sea swim. But despite all the remarkable achievements he has reached personally and bettering his attempt to swim between Martinique and St Lucia, a core message remains at the heart of all his efforts, inspiring others to get fit for a reason. “I'm doing this challenge to encourage people to do what they love and not worry about body aesthetics. It's about getting fit for purpose.”

The workload that Ross has put in in staggering, from the sheer physical test he has put his body through to the positive message he has promoted with grin the whole way. SwimTrek HQ will be bringing a team to Margate on November 4th to welcome Ross into the finish of his swim. An incredible achievement that's certainly left all of us feeling very inspired! So, after working so hard for so long, don’t we all agree that #rossneedsaholiday now? We think yes, yes he does. We recommend the Maldives!

Whilst this is a staggering achievement Olivia, to compare it to an EC swim is not meaningful.

Ross is swimming in a wetsuit, with a tidal assist, and he can choose when to get out. I have no doubt Ross could complete an EC swim, but this is a completely different exercise.

Understandable to see such comparisons in the popular press, but feel a SwimTrek journalist should have a better understanding of the subject matter...


posted about 4 years ago