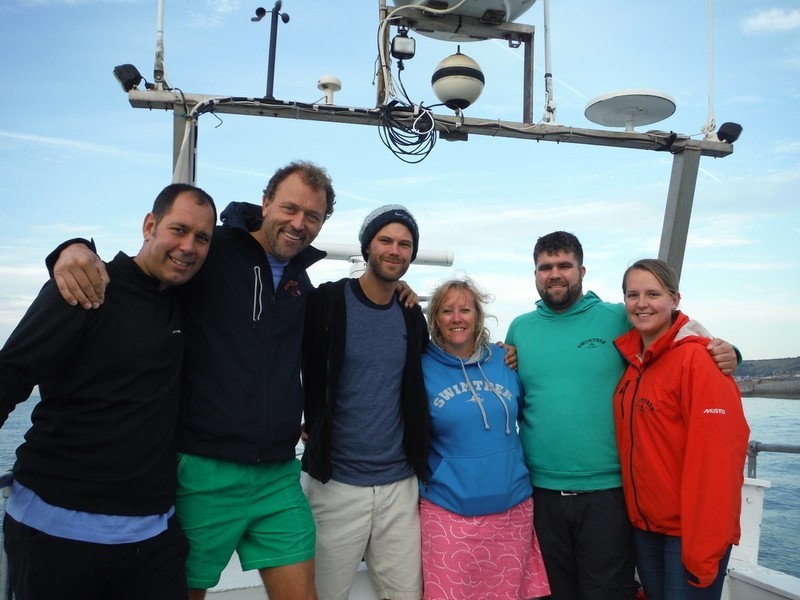 WE DID IT! The SwimTrek Sea Lions swam the channel. On Tuesday 13th September 2016, 6 of us (made up of 5 members of SwimTrek HQ and a friend) started our journey across the channel with one goal in mind – getting to the shores of France no matter what.

This idea came about when a few of the SwimTrek team were working in Cannakale, organising the Hellespont and Dardanelles swim. During a group dinner (and a couple of Turkish beers later) the topic of channel swimming started, with it then leading onto someone saying ‘wouldn’t it be great if SwimTrek did a channel relay’ (that person was me). From there the idea was born, and during the first week back after Christmas we found ourselves standing on Brighton beach about to start our training swims.

Early on in our training the team decided that we wanted to do the swim to raise money for charity. With two charities that are very close to the team’s hearts, there was no question about who we would be raising money for:

Hue Help works to improve the health, education and future prospects of children in Vietnam.

In Vietnam, 32 children per day drown. It's a leading cause of death by injury in children under 18. We work with schools to train local teachers as swimming teachers, who then train children in water safety awareness, swimming and land based rescue, to help keep kids safe around open water. In addition to drowning prevention, we also work to improve education and run recreational activities at a shelter for disadvantaged children.

Macmillan Cancer Support improves the lives of people affected by cancer. They provide practical, medical, emotional and financial support and push for better cancer care. One in three of us will get cancer. Two million of us are living with it. We are all affected by cancer. We can all help. We are Macmillan.

With a team of 6 made up, charities chosen, and a date set we just had to keep swimming and wait for our chance to go on the tide. However our window did not go to plan. With high winds forecast each day seem to pass by, with no opportunity to start our journey. With an original window of the last week of June, it wasn’t until mid September that we finally got the go ahead to attempt our crossing. So at 4am on Tuesday 13th September the 6 of us made our way to Dover.

Once we were all settled on board, and intros to the boat crew and adjudicator where finished we set off for Shakespeare beach. Ben was the first to swim, with whoops and cheers he jumped in off the boat making his way to land to officially begin our crossing. With the sound of the horn he was off! Conditions where perfect, flat clam waters; and with forecast of the hottest September for 50 years, we really did luck out with our original window being a no go.

Once Ben had completed his first hour he was followed by Graham, then Laura (me), John, Simon and finally Kate as the 6th swimmer. We have to give a huge thanks to John for stepping in last minute to the team (and by last minute only finding out he was swimming in the team less than 24 hours prior to our launch time). Due to work commitments one of the original 6 was unable to swim with us.

With France getting closer and everyone preparing for the idea that we would all be doing a 2nd swim (some of us starting to contemplate that we may be getting in for a 3rd time), we all seemed to up our game and before you knew it we were out of the French shipping lane. However when Kate got in for her second swim (only 3 miles of the coast of France) the tide started to turn and the sun started to set. Swimming into the dark Kate powered through getting us nearly ½ a mile of the coast. In jumped Ben for his 3rd swim of the crossing, in touching distance off France. We all knew that if anyone was going to get us through this tide and currents it would be Ben. With cap getting closer and closer but what felt like no distance being made Ben powered on though, kept his head down, and just kept putting one arm in front of the other.

25 minutes into his swim we all get the call – if you want to finish together start getting ready to jump in and swim to the coast. With Ben then finally being told the best words ever ‘Now start swimming towards the lighthouse’ moments later as the remaining 5 of us jump in, all we could hear was the horn going – he did it he got to the rocks. Moments later we all climbed up to meet him – we did it, we swam the English Channel! 12hours and 29minutes, and no sea sickness in sight. We also had enough time to get a group selfie on the rocks of the cap.

We made our way back to the boat guided by the moonlight; which made it a really fabulous ending to a pretty spectacular day. Once we had all dried off and got warm, we all sat on the top of the boat (making our way back to Dover) and had an opportunity as a group to reflect on the day; with Simon asking for our highlights and lowlights. Most of the lowlights involved jelly fish, whilst many highlights where about how lucky we were with the weather and the swim as a whole. Sipping on French champagne followed by an English sparkling wine, we were all able to see the magnitude of what we had achieved, whilst we took the 2 ½ hour boat journey back to the UK.

I have to say I think that this is the most proud I have ever been of myself and work colleagues. We really did go on a journey together, and created lasting memories.

*If would like to make a donation, head over to our fundraising page here - https://mydonate.bt.com/fundraisers/swimtrekchannelswim#donationSummary 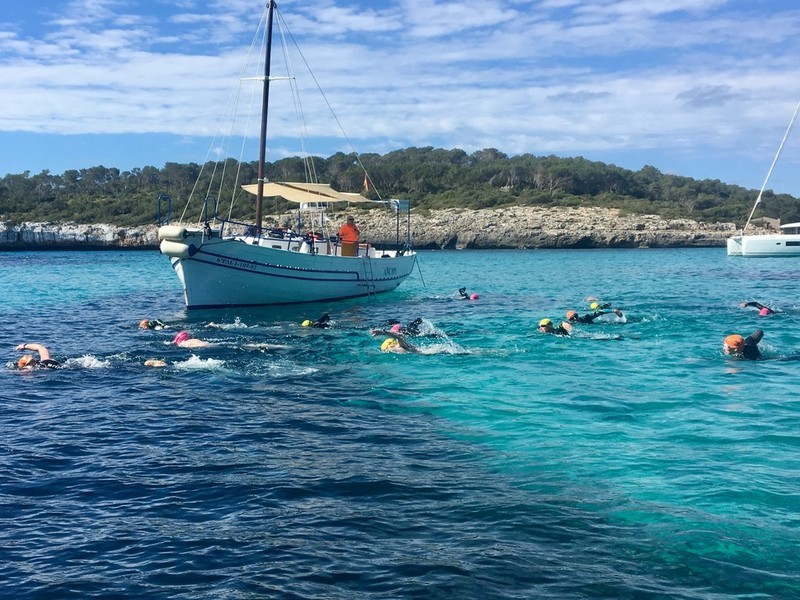 By Mark Johnston, over 5 years ago
In September 2009, I spent ten days on the Dover beach awaiting my turn to swim the English Channel. Unfortunately, two hurricanes had swept up the U. S. coast, turned easterly past Iceland, and HOWLED across the British Isles. Not only would my swim get cancelled, but so did nearly all of the...