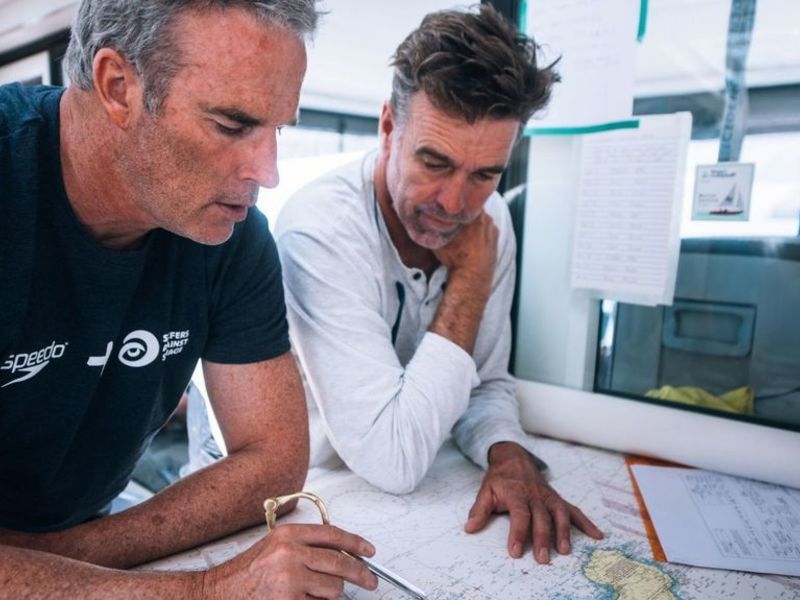 Swimming the Channel for the UK’s Coastal Waters: Lewis Pugh’s Incredible Challenge to Save our Seas

UN Patron of the Oceans, world open water swimmer and activitst Lewis Pugh takes on his latest endurance challenge ‘The Long Swim’ this summer, swimming the English Channel end to end as part of the worldwide Action for Oceans Campaign which aims to compel governments to fully protect at least 30% of the world’s oceans by 2030.

‘The Long Swim’ is an attempt to swim the full length of the English Channel from Lands’ End to Dover, whilst wearing just his trunks, hat and goggles. Lewis’ extreme test of pushing his body to the limit is looking to draw parallels with the severe strain the UK’s surrounding seas are under and he hopes to pressure the British Government to protect these areas around the UK coast and British Overseas Territories. Speaking of the purpose of his swim, Lewis draws attention to the alarmingly low levels of protected areas surrounding the UK. "The truth is that only 7 square kilometres out of a total 750,000 square kilometres of the UK’s waters are fully protected. That amounts to a mere one-hundred-thousandth. This is shocking. The British Government must protect the UK coastline properly by introducing fully safeguarded Marine Protected Areas (MPA).’

‘It has been shown that fully safeguarded Marine Protected Areas give distressed and degraded seas their best chance of recovery," Pugh continues. "But the need for action is urgent, and the time to act is now. In a few years’ time, it will be too late to fix this crisis."

Lewis was heavily involved in helping to create the largest Marine Protected Area in the world in the Ross Sea off Antarctica. Lewis’ efforts in raising awareness of this matter were dubbed ‘Speedo Diplomacy’, which saw him swim the icy waters of Antarctica and shuttling between the USA and Russia to help negotiate the final agreements.

SwimTrek is incredibly excited, inspired and passionate about the awareness that Lewis and his team are raising through this incredible challenge and we are hopeful for real change to be affecting the law as a result of his accomplishments. Lewis is expecting to be swimming through Brighton between August 18th – 22nd, and we’ll be cheering him along the whole way!

To find out more about Lewis’ journey, the outcomes he is hoping to achieve as a result and his previous expeditions, you can visit lewispugh.com or follow his social media channels.