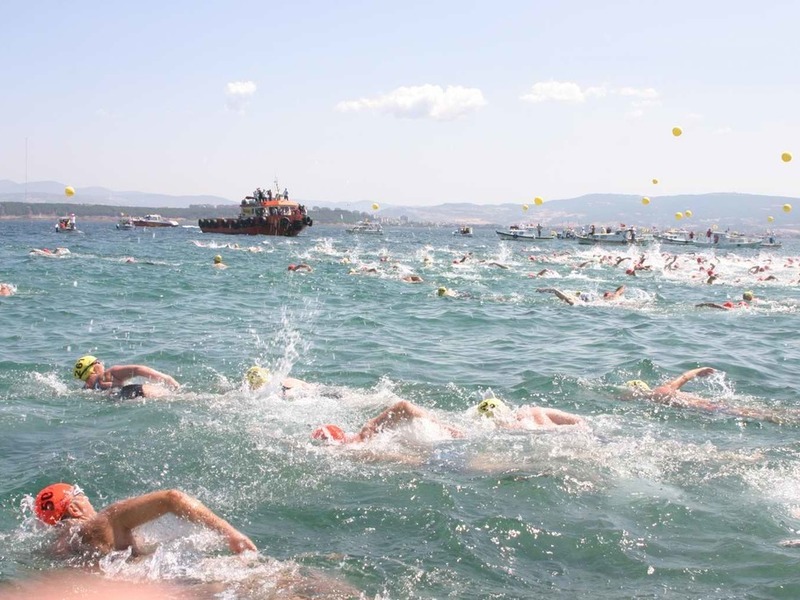 On the 30th August (Turkish Victory Day) this year, over 400 intrepid swimmers set off from Eceabat on the European side of the Hellespont Strait (also known as the Dardanelles) and swam to Çanakkale on the Asian side.

Comprising 20 nationalities the swimmers traced the wake of Leander in Greek Mythology and the English poet, Lord Byron.The swim distance was around 5km, but due to the helpful current, the participants actually swam between 3½-4kms of that.

The winning time was just over 54 minutes in conditions that can be best described as challenging!

Caroline Kennedy, daughter of the late USA president John F Kennedy and her 2 daughters were among the many swimmers taking part in this iconic and classic swim which takes place on the 30th August every year.