Swim history before SwimTrek I started competitive swimming at age 5 on the west coast of the United States and “retired” at 17 when I became an exchange student in Sweden. After 25 years, I returned to the sport on a master’s team in 2002, and I found my calling in the open water. I developed such a love for swimming, that in 2008, I quit my corporate job to become a full-time instructor and coach: age-group, high school, and masters. 2008 was a BIG year, as I began to seriously train for an English Channel Crossing as a member of a relay. As a part of our training plan, we strove for farther and colder (relays and solos) with such notable events as the Trans Tahoe Relay (11-miles), Maui Channel (11-miles), Portland Bridge Swim (12-miles), Slam The Dam (15-miles), Deer Creek (10-miles) and several lesser known 10-25K events and series. Unfortunately, we were hit by the tail end of two hurricanes, so we never made it off the Dover Beach, but that did not deter my love for marathon swimming. In 2013, I had the good fortune to move to the beautiful shores of Flathead Lake in northwest Montana, the largest natural, freshwater lake west of the Mississippi (28 miles long x 15 miles wide). In addition to swimming, I have piloted for several notable open water swimmers including Sarah Thomas (80-mile Lake Powell swimmer) and Craig Lenning (four of the Ocean’s Seven) and hosted open water swimming clinics with Darren Miller (Ocean’s Seven). Most memorable swim moment In the winter of 2015, I was honored by the Tribal Council of the Confederated Salish & Kootenai Tribes and allowed to compete under the Flathead Nation Tribal Flag. As a non-native living on the Flathead Reservation in northwest Montana, this is a unique privilege. Top swimming tip BABY SHAMPOO! I am always surprised when even experienced swimmers are not familiar with a simple trick to keep your goggles from fogging: baby shampoo and water. Soap disperses and defends against moisture. The “baby” shampoo won’t sting your eyes. I recommend a few drops of baby shampoo in a small squirt bottle and topped off with water. Carry the bottle around in your swim bag and squirt a little into each goggle lens prior to swimming. Rinse out the solution just before putting the goggles on, and you’re good-to-go! Interesting fact I am the defending United States ICE Swimming and Scandinavian WINTER Swimming Champion! 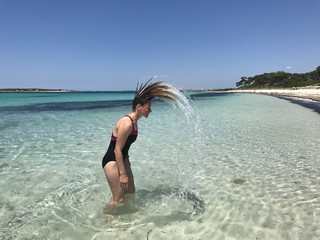 Marlene on Es Trenc on Mallorca 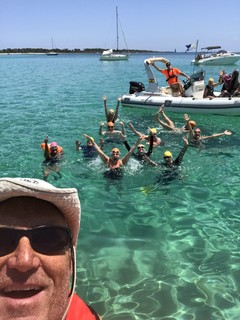 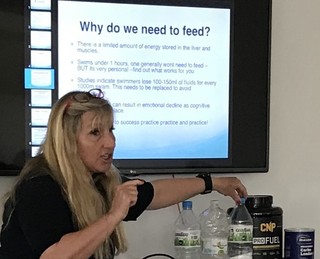 Fiona's presentation to the LDT group in Porto Petro, Mallorca

Showing off the 3/4 catch-up stroke in Mallorca.

Mark has been a guide on 19 previous trips 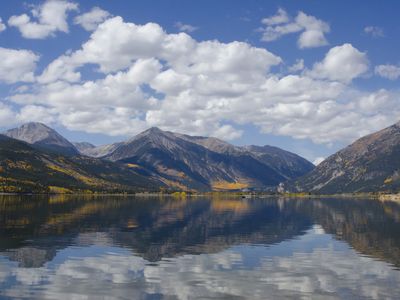 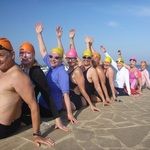 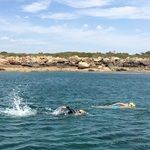 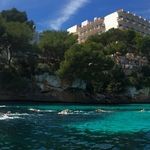 Arizona Canyons - 01 October, 2016
Send a private message to Mark
Call me back